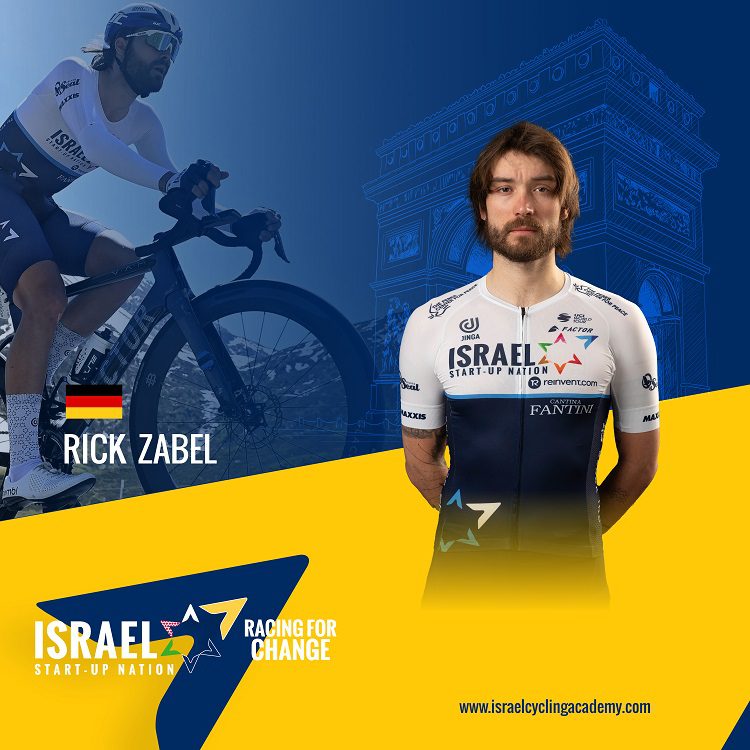 Rick Zabel completes the Tour de France lineup for Israel Start-Up Nation this year, taking on a significant double role for the team in the race.

“Rick will have an important role in this year’s Tour de France. He will both be protecting our GC leaders and offer support for André Greipel in the sprints. As a team, our main priority this year is the general classification. Rick has shown he can keep our leaders safe during the hectic flat stages and of course, if there is an opportunity to sprint with Greipel, he will be a crucial help for him in the final. Together they have already proven they have got what it takes to win this year”, sports manager Rik Verbrugghe explained.

Known as a vital part of the team’s leadout train for the sprint stages, Zabel is confident he can help Greipel do well in the bunch sprints, without losing sight of the important task to support the team’s GC leaders.

“I was very, very happy when Rik Verbrugghe called me to tell me that I would be lining up for my first Tour de France for Israel Start-Up Nation, and my fourth in total. I’m very proud of that. André and I have been working really hard to be in the best shape possible and I believe we have shown that we can win together, like we did in Mallorca and in Andalucía”, tells Zabel.

“In Tour de Suisse, we also showed that we can support our GC leader very well on the flat sections. First of all, my role in this race will be to support Mike [Woods] and when that’s done, maybe we can have a shot at the sprint finishes as well. I think this is a step up for me; going from being a good leadout rider to also being one that can protect the GC leaders on the team. I’m proud of that and I will give my best every day to support the team in the best way I can and pay back the trust they have put in me by selecting me for the Tour. I have big hopes for the team in this race!”

Rick Zabel completes our @LeTour lineup this year, taking on a dual role in the race.

🎙️ "I think this is a step up for me; going from being a good leadout rider to also being one that can protect the GC leaders."