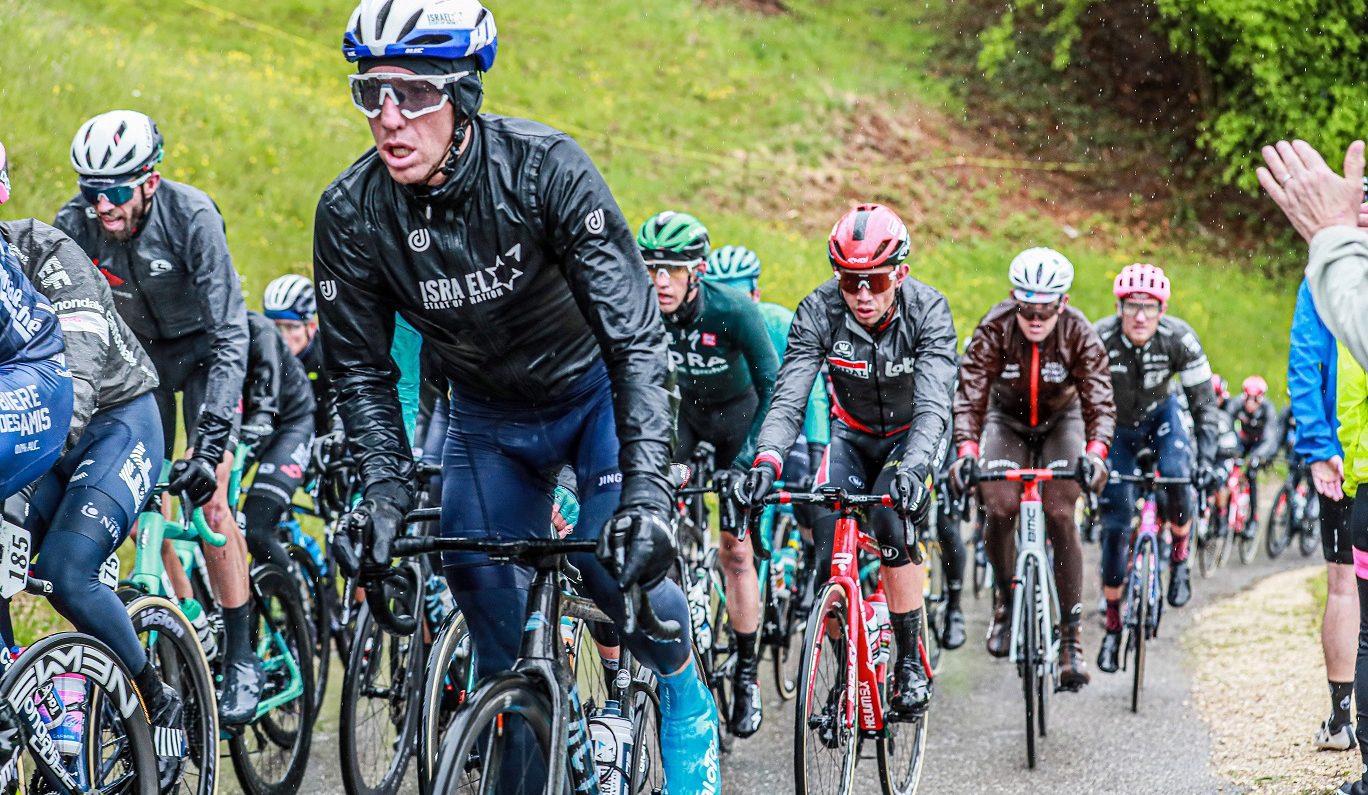 The Israel Start-Up Nation riders continue to put their mark on this year’s Tour de Romandie. On stage 3, Michael Woods attacked several times on the final climb, moving up to 16th overall.

After strong performances in the previous two bunch sprints, finishing third and second, all eyes were on Patrick Bevin ahead of today’s stage. Unfortunately, the otherwise strong Kiwi had fallen ill overnight and, being just a week away from the start of the Giro d’Italia, it was decided to pull Bevin from the race and focus on immediate recovery.

Instead, the remaining ISN riders rallied around team leader Woods and made sure to always keep him in a good position near the front of the pack on today’s rainy stage 3.

On the final steep climb of the day, Woods put in multiple strong attacks, but despite thinning out the peloton significantly, the Canadian was never allowed much of a gap. Ultimately, it was Marc Soler (Movistar Team) who took the win as he attacked during a moment of hesitation in the peloton and after bringing back Woods from yet another attack.

Crossing the line in 15th place, with the select group of favorites, 22 seconds down on Soler, Woods moved up in the GC, and is now just half a minute off the leading rider ahead of tomorrow’s mountaintop finish.

Michael Woods: “It was a really hectic final with lots of rain and because of the wet roads, the descents became very tricky and positioning was essential. Fortunately, I had the guys with me and they put me in a great position heading into the penultimate climb. From there, I was able to hold my position and wait for the final climb. I really wanted to attack but the climb wasn’t super challenging and I wasn’t able to get the separation that I wanted. Ultimately, it led to Soler taking the win. It was tough watching him go away, because I knew that, when he went, it was the right move, but I didn’t want to be the guy who was always chasing. Now it all comes down to tomorrow and the day after.”