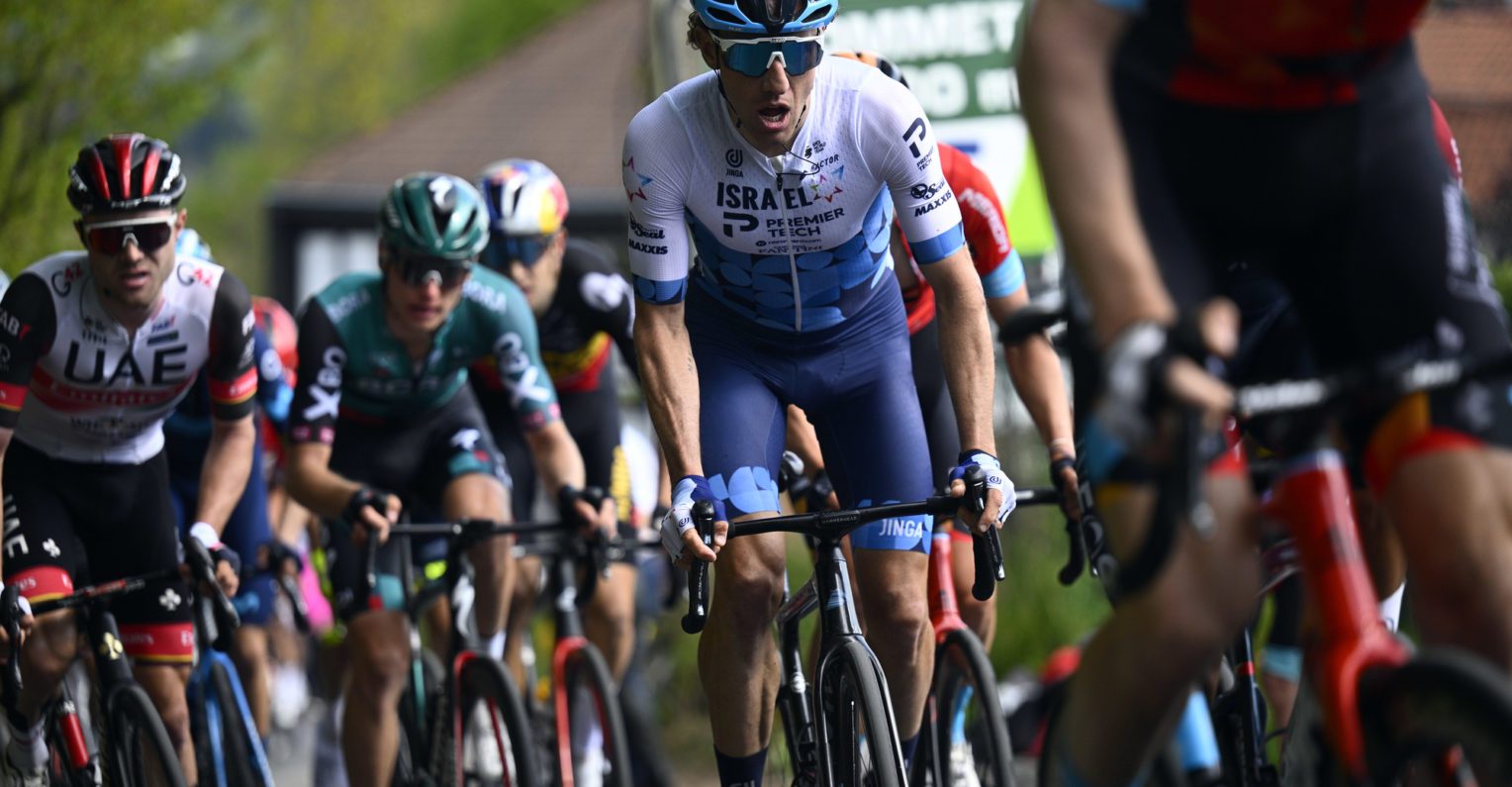 Woods and Fuglsang work well together in Liège-Bastogne-Liège, resulting in tenth and thirteenth places

Israel – Premier Tech had two cards to play in the fourth Monument of the year. With Michael Woods and Jakob Fuglsang, the team had two strong climbers in its squad, including one who won the race in 2019 (Fuglsang).

After a rather calm start, the bunch got rudely awoken by a serious crash with 60 kilometers to go. Israeli Omer Goldstein hit the deck and immediately entered the team car. Daryl Impey was also involved and had to quit the race. Hugo Houle miraculously managed to stay upright but was left on the road with some road rash. In the end, Goldstein and Impey did not endure serious injuries.

With Fuglsang and Woods following attacks and accelerating themselves, the Israeli team had two strong forces still up the road. Woods tried himself on Roche aux Faucons, but the headwind was too strong to create serious gaps.

“I did find my legs today”

With one lone leader in the race, it came down to a sprint with a group of twelve riders. The Canadian-Danish tandem launched their sprint too early, resulting in tenth and thirteenth places for Woods and Fuglsang, respectively.

Woods was slightly disappointed after the finish. The wind was too strong, and that impacted his ideal race scenario. “The sprint in Liège can then be anyone’s”, he said. “However, I did find my legs today, and I hope to keep them for the rest of the season.”

Fuglsang mentioned after the finish that this race featured ‘another step in the right direction.’ The former winner of LBL explained: “I would have liked a bit of a better result, both for Mike and for me, but personally I felt quite good. I am looking forward to the next races.”