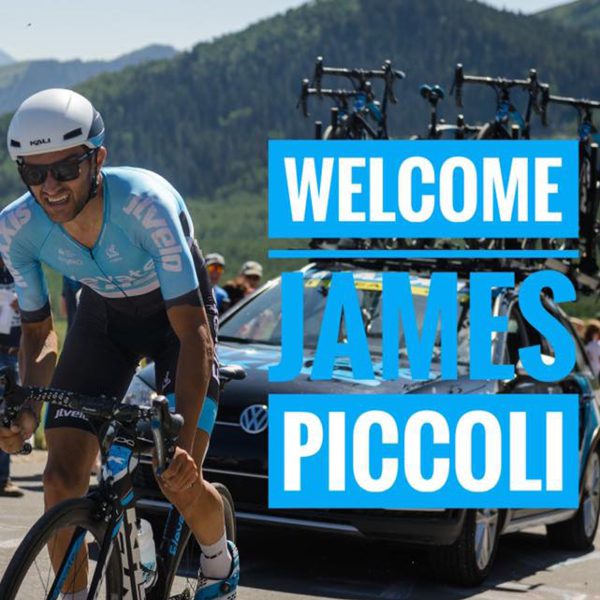 Piccoli: “ A lot of teams wanted me after my dream season. I intend to work for Dan Martin’s and Ben Hermans“.

Israel Cycling Academy is delighted to announce that Canadian Climber James Piccoli will join the team next season.

Piccoli (28) who currently race for Team Elevate – KHS Pro Cycling – is coming from a breakthrough year that he calls “my dream season”.

The Canadian has finished 2nd overall in the Tour Of Utah – beaten only by ICA’s Ben Hermans who won the tour.

“I had a lot of teams interested in signing me”, revealed Piccoli. “But I chose ICA because of their belief in me and the amazing staff that they have. They really believe that I can be a great rider one day, and offered me an environment where I can adjust to European racing while helping the team out as best I can.“

ICA’s Pro Manager Kjell Carlstrom expressed his confidence that Piccoli can adjust quickly to European racing after spending most of his career in the North America racing scene:

“After Piccoli’s great season we are sure he can still progress and be a very valuable team member for ICAs first year in the WT. James has some great climbing legs, but his qualities go beyond that and can prove to be a versatile rider.”

Piccoli is arriving at a team who has just declared its intention to race World Tour starting next season, and Piccoli sees his role as assisting ICA’s Prime GC contenders Dan Martin and Ben Hermans: “I’m a climber/GC rider so I will probably be the last guy to help Dan and Ben in the hard races, and I’ll also look to take my shot at the win in target races when I can.”

Piccoli is a late bloomer. “I started cycling for fun with my dad when I was young, just riding around town and to coffee shops”, he recalls. “I started racing in my early 20s, while I was in university studying mechanical engineering. After a bumpy couple of years, I finally found a good home at Elevate/KHS Pro Cycling, and that’s when I really started to learn my craft and improve.”