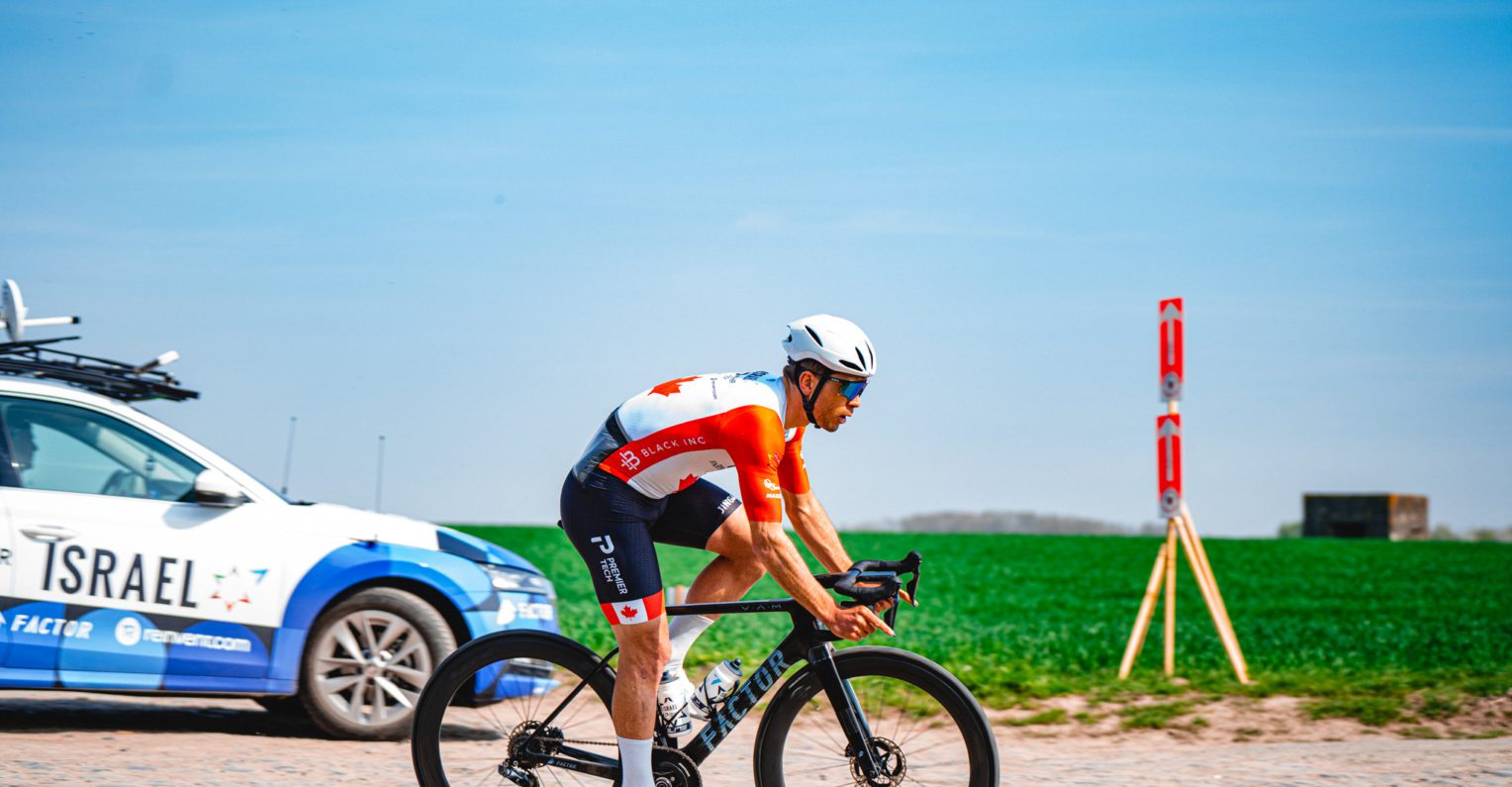 The road to Roubaix

The history, the tradition, the cobbles, the fans, the velodrome, the showers. Rain or sunshine, this is cycling at its best. A race where even making the velodrome is an achievement in itself.

Whether you’re an experienced pro like Guillaume Boivin, who rode to an incredible ninth place in the treacherous conditions of 2021 in only his second participation, or Aussie neo pro Taj Jones, who is set to line up for his first Paris – Roubaix tomorrow, the sense of excitement remains the same.

“I got quite sick in the last weeks so I’ve had to readjust my goals a bit. But Paris – Roubaix is a race I have been thinking about the whole winter,” admits Boivin.

“I know it suits my qualities quite well and that’s what motivated me to get through the sickness. My legs aren’t top but they’re not bad either. Firstly, I want to stay safe and avoid punctures and problems and then we’ll see where we end up. I still have a tiny bit of hope to be at the front and somewhere in the top ten. I wouldn’t be here if there wasn’t a little bit of hope.”

I wouldn’t be here if there wasn’t a little bit of hope.

Illness and injuries have seen IPT face a difficult cobbled classics season and tomorrow in Compiègne, we’ll be one man down with six riders taking to the start line. But as Sports Director and 1988 winner Dirk Demol explains, the team is as motivated as ever to tackle the cobbles.

“It’s clear we haven’t had the cobbled classics season we expected but Paris – Roubaix has always been one of our biggest goals, especially after the great results we achieved last year,” says Dirk.

“We may not be lining up with a favorite but we have six motivated riders who have the opportunity to take the race on. Obviously Guillaume Boivin did a great race last year so he will be our team leader for tomorrow and have the support of Rudy Barbier, Jenthe Biermans, Reto Hollenstein, Taj Jones, and Mads Würtz Schmidt. We’ll keep our eyes out for the breakaway and take any chance we can to be in the race.”