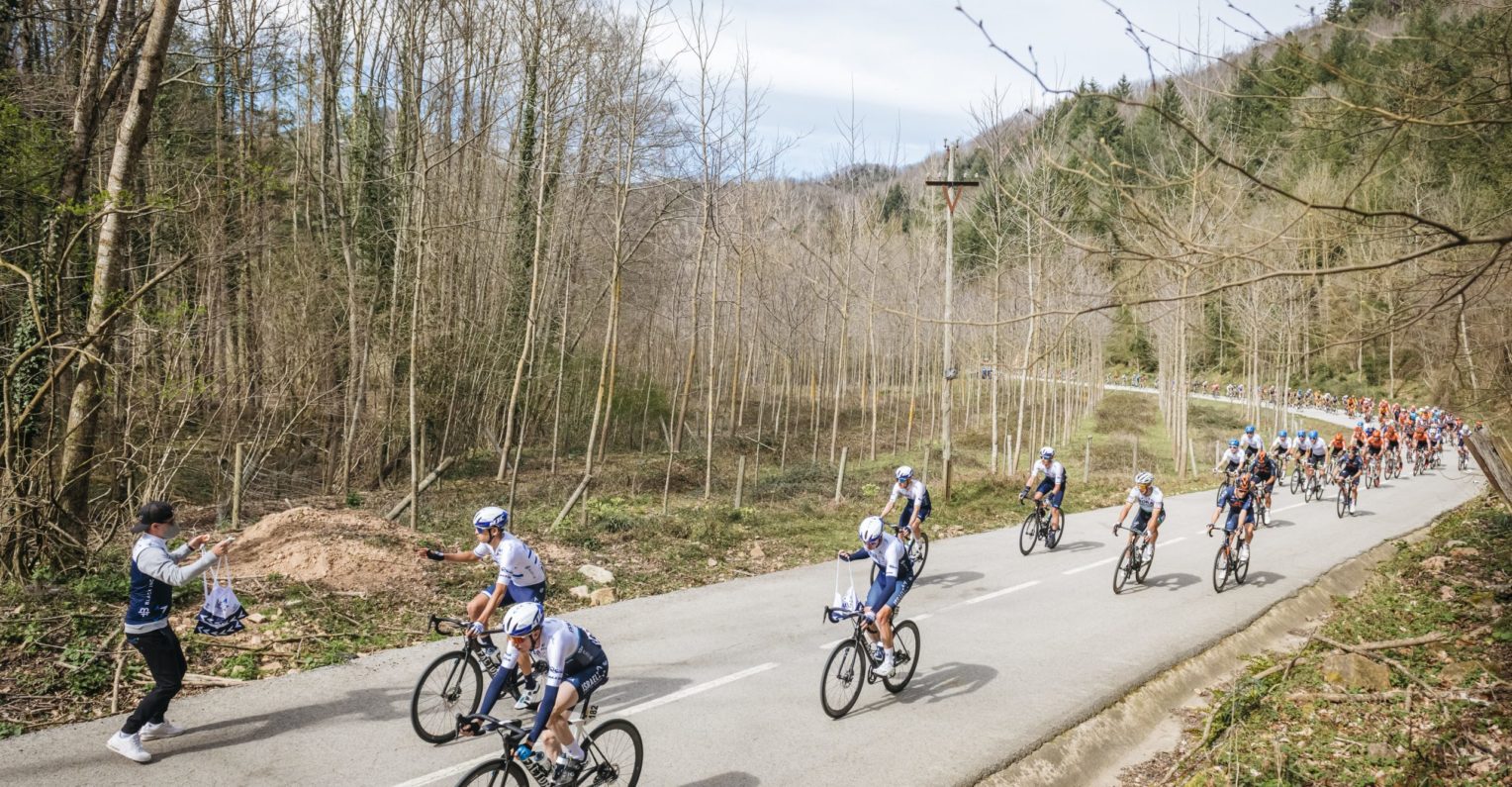 A day without highs and without lows for Israel Start-Up Nation in Volta a Catalunya. ISN’s team leaders made the cut and finished in the group of favourites after the fast opening stage of the race.

Calella to Calella, stage 1 in the 100th edition of the Volta, had close to 2300 meters of elevation. After the morning breakaway was caught, a new group formed on one of the last ascents and went all the way to the line. Andreas Kron (Lotto-Soudal) took the win, while ISN’s GC-contenders did not stress and stayed in a perfect position towards the finish.

After the stage, Alex Cataford, one of the main domestiques of the squad in the Volta, mentioned that the pace on the most severe climb of the day was relentless. “Some teams pulled very hard”, the Canadian climber, who kept Michael Woods and Dan Martin in the front, said.

“We worked very well as a team today”, Cataford continued, realizing that nothing is lost after today. “We are looking forward to the big stages ahead.”

Sports director Rik Verbrugghe explains that ISN is going to take it day by day from here on. “We aim for the GC but after today, we cannot yet indicate how we will perform in the next few stages. Tomorrow is a time trial and then we will get to the real mountain stages.”