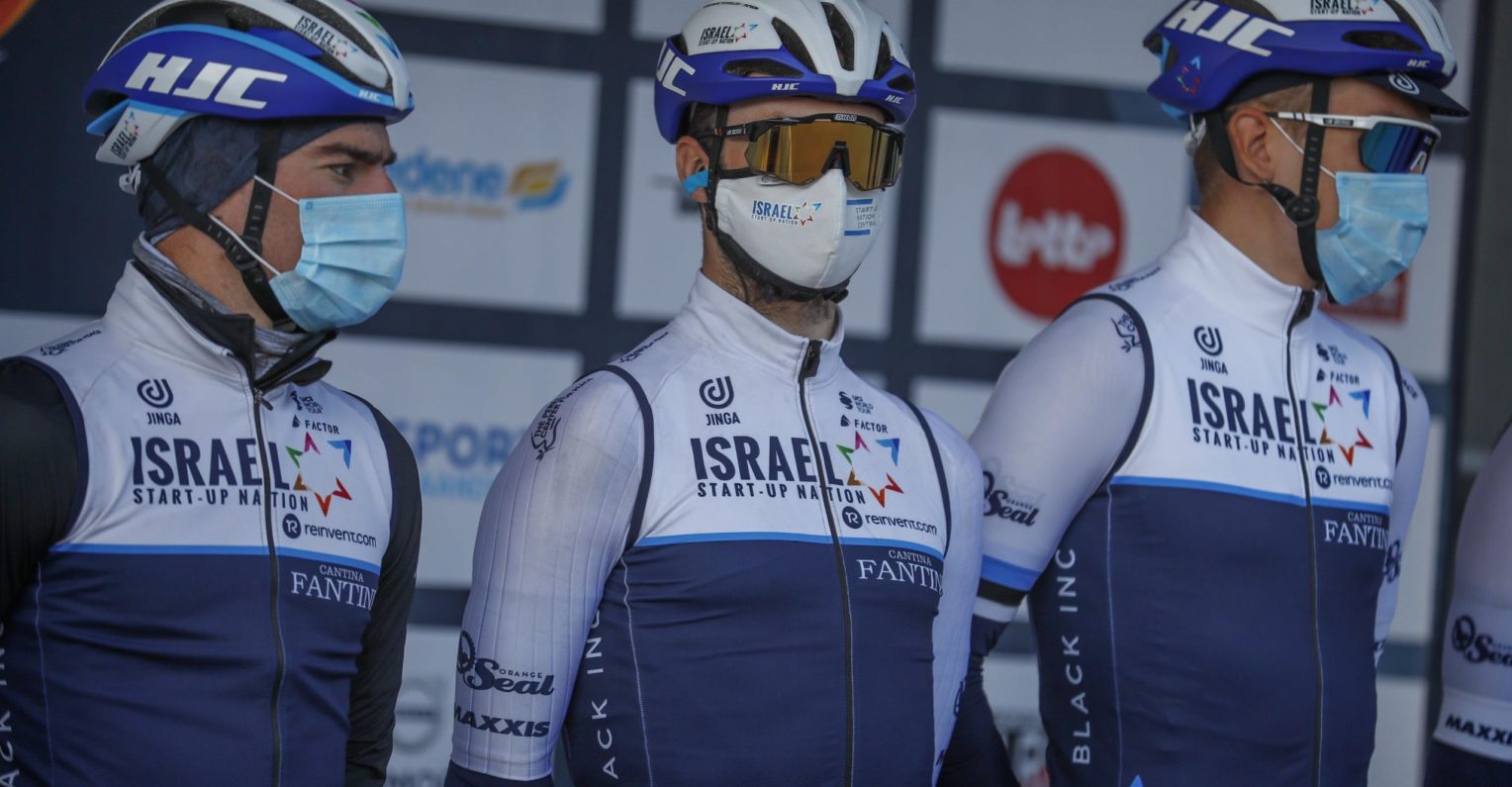 Van Asbroeck, with his vast experience in the Belgian cycling scene, taught the talented ISN classic specialists all about positioning last Wednesday. Back then, he was impressed by how fast Barbier, Jones, Vahtra, and Renard became accustomed to the peloton. “They rode impressively well,” he said after Nokere Koerse.

As Van Asbroeck knows, in Belgian spring races it is usually all about positioning, but today it was important to be in the front from the very beginning.

In the hilly middle section, with several famous Belgian climbs, Van Asbroeck broke away with twelve others. “That part of the race is always crucial. Being attentive there could make or break your race,” he would say after the finish.

Even though it was still over 100 kilometers to the finish, the peloton never caught the front two groups of escapees. The Belgian himself pulled strongly in the first group, maintaining a lead on group 2.

“We worked very hard and put all our energy into this breakaway,” Van Asbroeck said.

Group 1 and Group 2 merged with ten kilometers to go and around 25 riders would then fight for the victory. “That was very unfortunate,” according to Van Asbroeck. “We gave our all, and some guys from the second group were able to take it a bit easier than we could throughout the race.”

Van Asbroeck had followed the right wheels and was close to the podium. However, after having been in the breakaway for the whole day, he had to settle with fourth. “I emptied myself in the sprint, but there were a few guys who were fresher than I was after today’s tough race.”