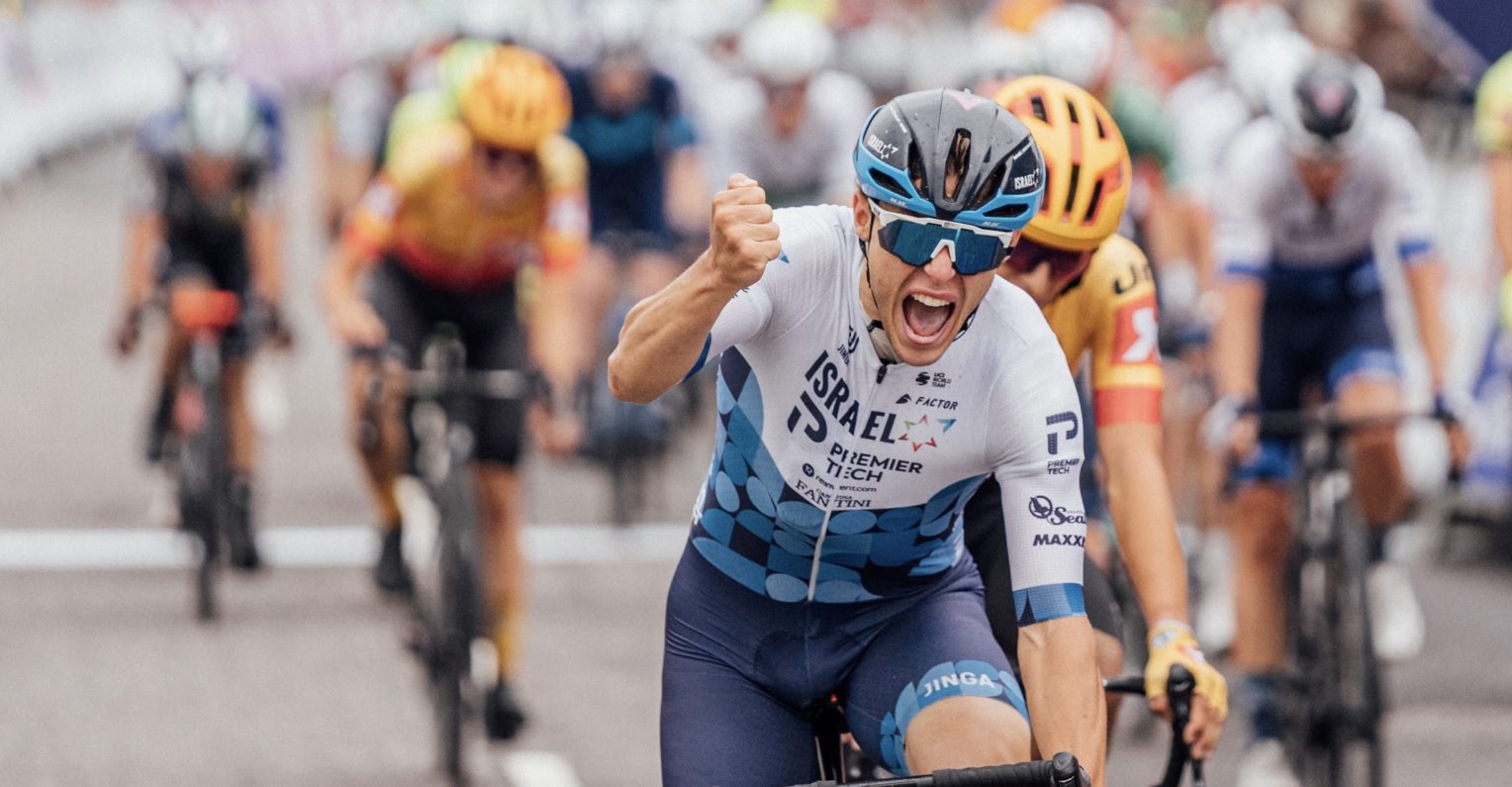 After an impressive team effort in the Tour of Britain, Corbin Strong claimed the first professional cycling victory of his career. On a long and steep final climb of the opening stage, the 22-year-old sprinted to victory. This win means he also owns the first leader’s jersey of the race.

“From the gun, I knew that I had a chance. I felt good and ready to contest the stage victory. The whole team believed in me, from Reto Hollenstein who pulled all day in the front, to Michael Woods and Dylan Teuns, who helped me a lot in the final. I am super proud I could finish it off,” Strong said after the win.


The opener in Great Britain’s national race rolled out of the Scottish city of Aberdeen, heading 181 kilometers southwest towards Glenshee Ski Centre. Underway: rain and cold, a significant change from the temperatures in the south of Europe.

But they are weather circumstances with which British cyclist Alex Dowsett is comfortable. The time trial specialist is doing his eleventh and last Tour of Britain and received plenty of attention before the start. Fans asked for signatures and selfies, while the organization presented a printed copy of the Tour of Britain stage in which Dowsett wore the yellow leader’s jersey. “It is the start of a memorable, last home tour”, Dowsett said.


Strong also loved the environment. “It felt like home”, the youngster from the south of New Zealand said. “I am very used to these conditions.”

Towards the final climb, and on the wet and slippery roads, Strong positioned himself on the wheels of his teammates, who took him by the hand. The final climb in the opening stage suited Strong well, and in order to be competitive on that final ramp, it was important to race the stage from the front foot, particularly in the final.


“Woods and Teuns helped me a lot in the final, and afterward I followed the team Ineos train. I felt I had a powerful sprint left in me and decided to launch just before the road flattened out.”

Strong continued: “What I found most exceptional”, Strong said, “is that the team had so much trust in me. With riders like Teuns and Woods in the same squad, I did not expect this kind of belief. I did feel amazing during the last period of time and I knew I had it in me. To round it off like this, taking the stage win and all the jerseys, is fantastic for the whole team.”

Israel – Premier Tech will do its utmost to keep the leader’s jersey in the team. “I think we can keep it till the end”, Strong said. “If it’s not me, it can be anyone else on our team. We’ve got the right riders to win the Tour of Britain this year.”