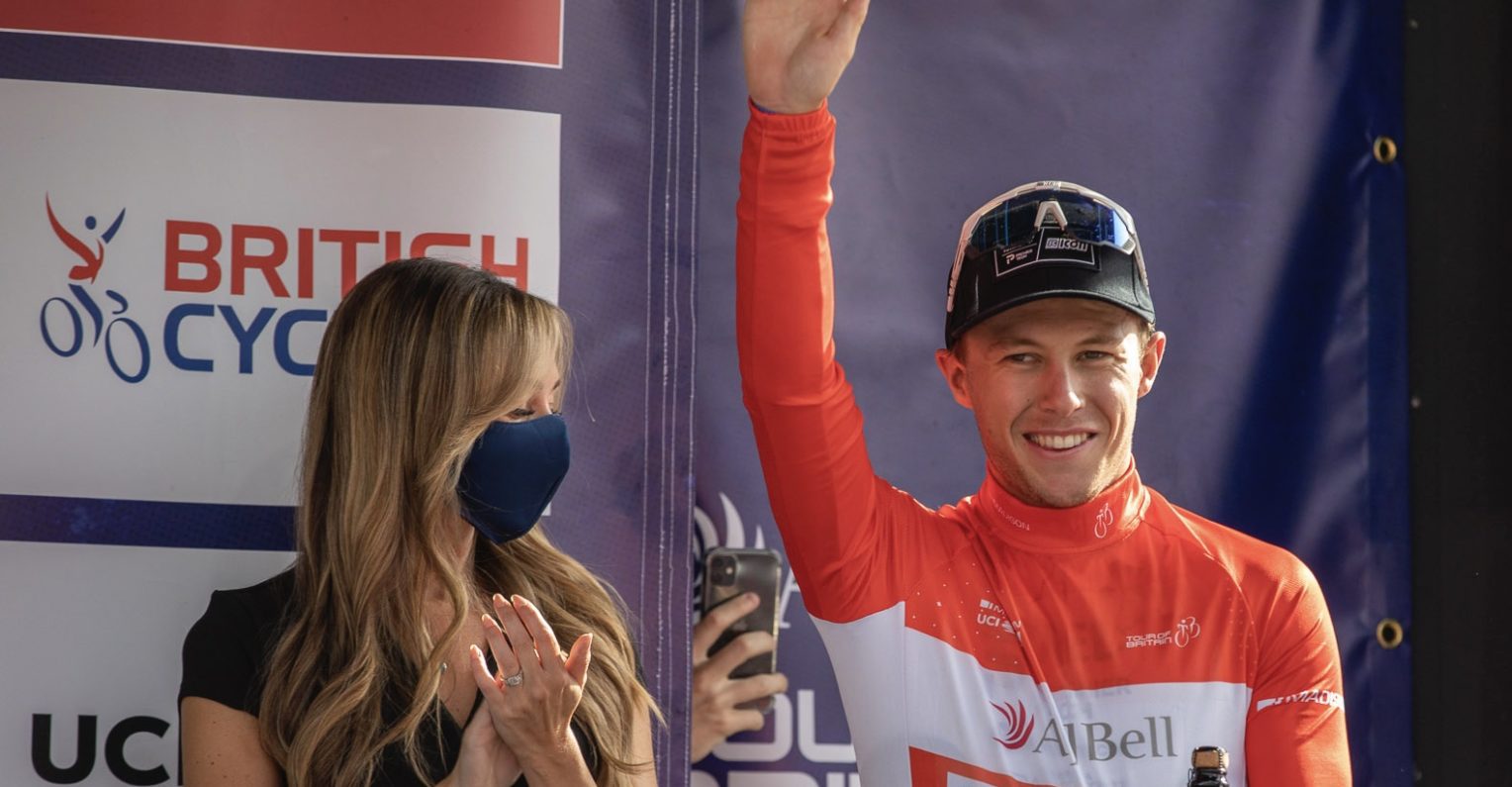 Strong extends GC lead in Britain with another podium finish

A great punch after a tough final in the Tour of Britain gained race leader Corbin Strong four bonus seconds and a continuation of his lead in the general classification. He finished third in the second stage.

Strong is now 14 seconds ahead of everyone who did not finish on the podium so far in the Tour of Britain.


The pressure of chasing down the early breakaway was on Israel – Premier Tech’s shoulders, and the best man on the team take on such duties is Reto Hollenstein. The Swiss locomotive enjoys leading the peloton, especially if there is a jersey at stake. “Reto is crucial”, Strong said after the finish of the second stage. “I am privileged to have the support of riders like him.”

Strong also had kind words for Alex Dowsett, Mason Hollyman and Michael Woods, who kept the 22-year-old well-positioned throughout the stage. “To receive support from such big riders is a humbling experience for me. It is fantastic that I can rely on their help.”

The pace set by team Ineos in the final was relentless, and on top of the final climb of the day, the peloton split into multiple smaller groups. Dylan Teuns attacked out of the first group, but got caught. Everything came back together in the end, providing another sprint opportunity for the race leader himself.


“If I would not have won yesterday, I think I would have been gutted today”, Strong said after finishing third place in the sprint. “I was not perfectly positioned, and I did feel like I had more left in the legs. I see this third place as a motivation for the stages that are yet to come.”

“This race is going to be more and more interesting every day”, Strong believes. “We will have to keep racing it from the front. Luckily, we have the team here to do so.”