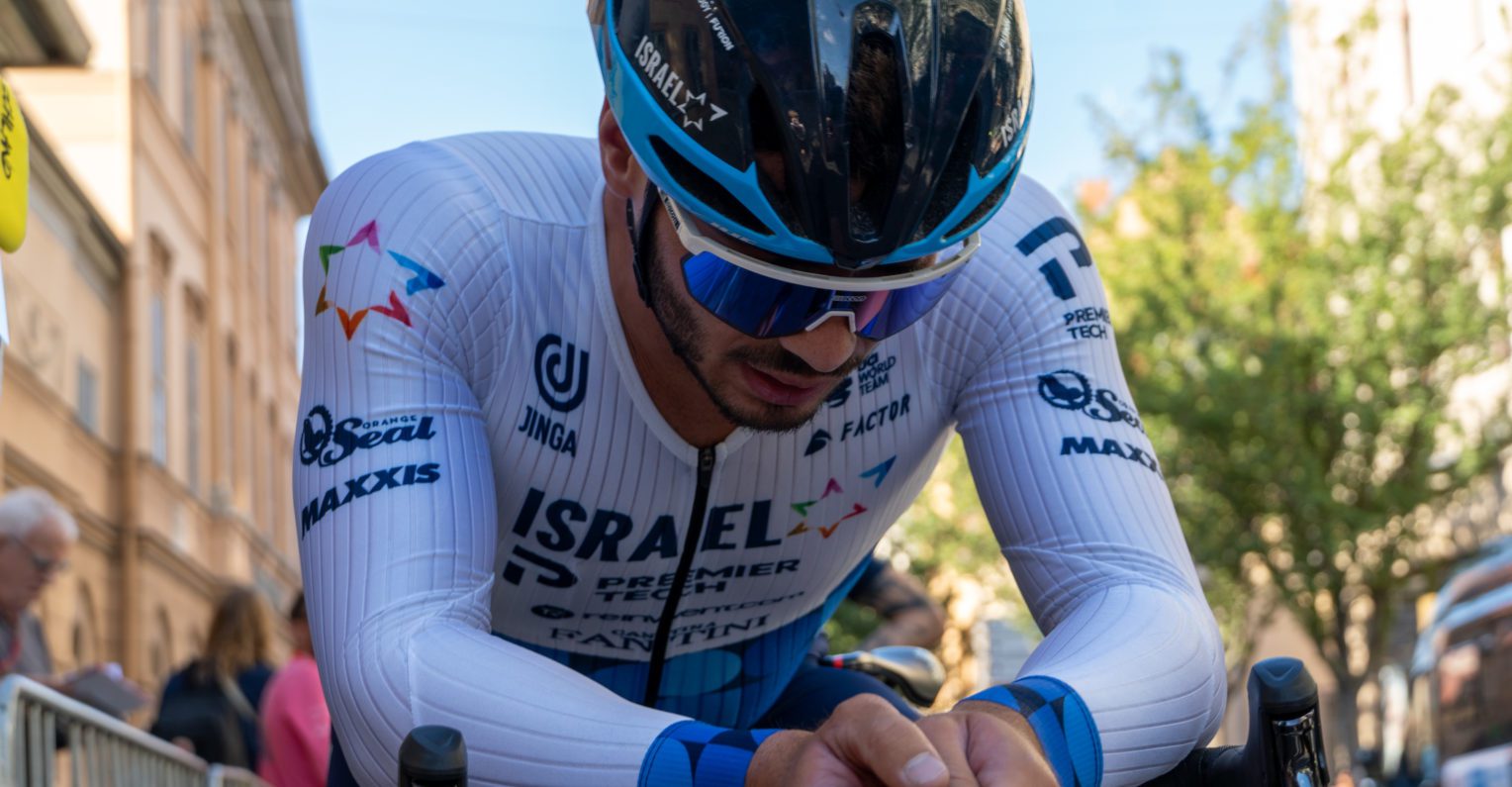 Starting Deutschland Tour in the town that inspired our kit: Bauhaus in Weimar

Yesterday, Israel Cycling Academy rider Oded Kogut finished 45th in the prologue of the Deutschland Tour in Weimar, Germany. Weimar, which is also the start city for today’s first stage, is where the Bauhaus school approach to art came to life. The Bauhaus architectural style still features prominently in Tel Aviv and was the inspiration for Israel – Premier Tech’s apparel sponsor Jinga when designing the 2022 team kit.

The Staatliches Bauhaus was opened and operated after the First World War and was most notable for unifying the principles of mass production with individual artistic vision. Born in Weimar, the style influenced art, design, and architecture around the world, before the school shut down under pressure from the Nazis.

The young city of Tel Aviv, whose founding and early development coincided with the rise of Bauhaus, adopted the new style and more than 4,000 buildings were designed with its clean aesthetic – which included painting most of the new structures white. In 2003, the “White City” of Tel Aviv was declared a World Heritage Site.

The Bauhaus style features simple geometric shapes like rectangles and spheres. In buildings, the style can be seen in the rounded corners and rectangular balconies. There is even a Bauhaus Center in Tel Aviv, created for exploring, learning, and experiencing the ties between the style and the city’s history. This makes sense as Tel Aviv is home to the greatest concentration of Bauhaus buildings in the world! And in Israel – Premier Tech’s 2022 kit, the Bauhaus features are clearly visible on the jersey, bib shorts, and socks.

Going back to yesterday: Israeli sprinter Oded Kogut was our top finisher in the prologue. He tried to go for the climber’s jersey, had a lead in that classification for a little while, but unfortunately was not fast enough to step onto the podium. Meanwhile, we are looking forward to seeing the photos from Weimar and celebrating the Bauhaus-inspired Jinga kit coming home to its roots in today’s stage.