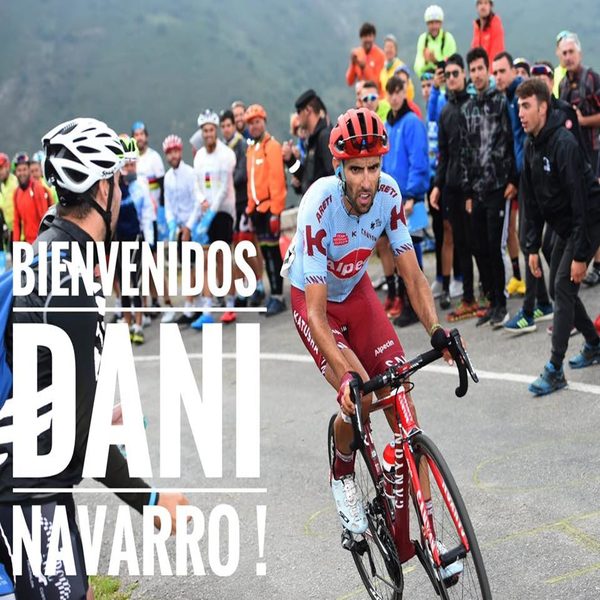 to Join ICA from Katusha Alpecin

The one (Navarro), is bringing unparalleled experience as a super domestique to some of pro cycling’s biggest winners, and the other (Biermans), is a young and energetic all a-rounder that will help the team’s Classic Campaign.

But both share the drive to put behind them a season of difficulty and uncertainty and use it as a fuel for an auspicious new beginning in a team that expects to make the giant leap into the World Tour, pending UCI formal approval.

“I had to go through many months of not knowing what will happen next,” explained Navarro. “Since May, we were living under that cloud. When the news lastly came that I will get the chance to continue with ICA – it was time for happiness and tranquility.“

“I followed ICA from afar“, continued the Spaniard, “and my impression that they give their riders the chance to race with great support and calm. This is what I am looking for now: enjoy cycling again and to reward the Israeli team with what I got. And I believe I have plenty to offer. I endured a difficult year with a Crash in the Giro d ’Italia that cost me in six crucial weeks. But now I am healthy and ready.”

“I am a climber, and I used to work helping riders like Alberto Contador, Lance Armstrong, Andreas Kloden, Roberto Herras, and many more. Now I can offer the same for Dan Martin and Ben Hermans on the mountains and overall be strong for the team”.

The team’s Spanish Sports director Oscar Guerrero agrees: “I have followed Dani since his junior years and later in his career, and I know we got a valuable rider that we will be able to trust, in the mountains and grand tours.
He won races in the past,and he may be a threat again from crucial breakaways. I do not doubt that we will see great things from Dani Navarro”.

If the 36 years old Navarro brings proven experience amassed over many of WT seasons, the Belgian Jenthe Biermans is a “young and promising” addition, according to tee Team’s Belgian Sports Director Eric Van Lancker:

“Jenthe is still progressing, but already he is an “All A-rounder” that can help us in the Classics, especially the Ardenne and Flemish races. Tour of Flanders can be a good example. He is capable of protecting our leaders there in the crucial part of the races.”

Biermans is expecting just that: an opportunity to develop further: “I hope to keep growing and take the next step in my development and continuing with the positive path forward since my second part of the season this year,” he said.

“As a junior, I became a Belgian champion, and I won with this beautiful jersey the Tour of Flanders for juniors. Here my love for the classics started. As a young kid, this opened my eyes how big cycling and the classics are in Belgium. And then, In the U23 category, I was two times second in Paris-Roubaix. The classics are always my focus, and I hope to be an outstanding rider in the classic team of Israel cycling in 2020.”

Previously, ICA has announced that two other Katusha Alpecin Riders will join its ranks: Rick Zabel and Mads Wurtz Schmidts.