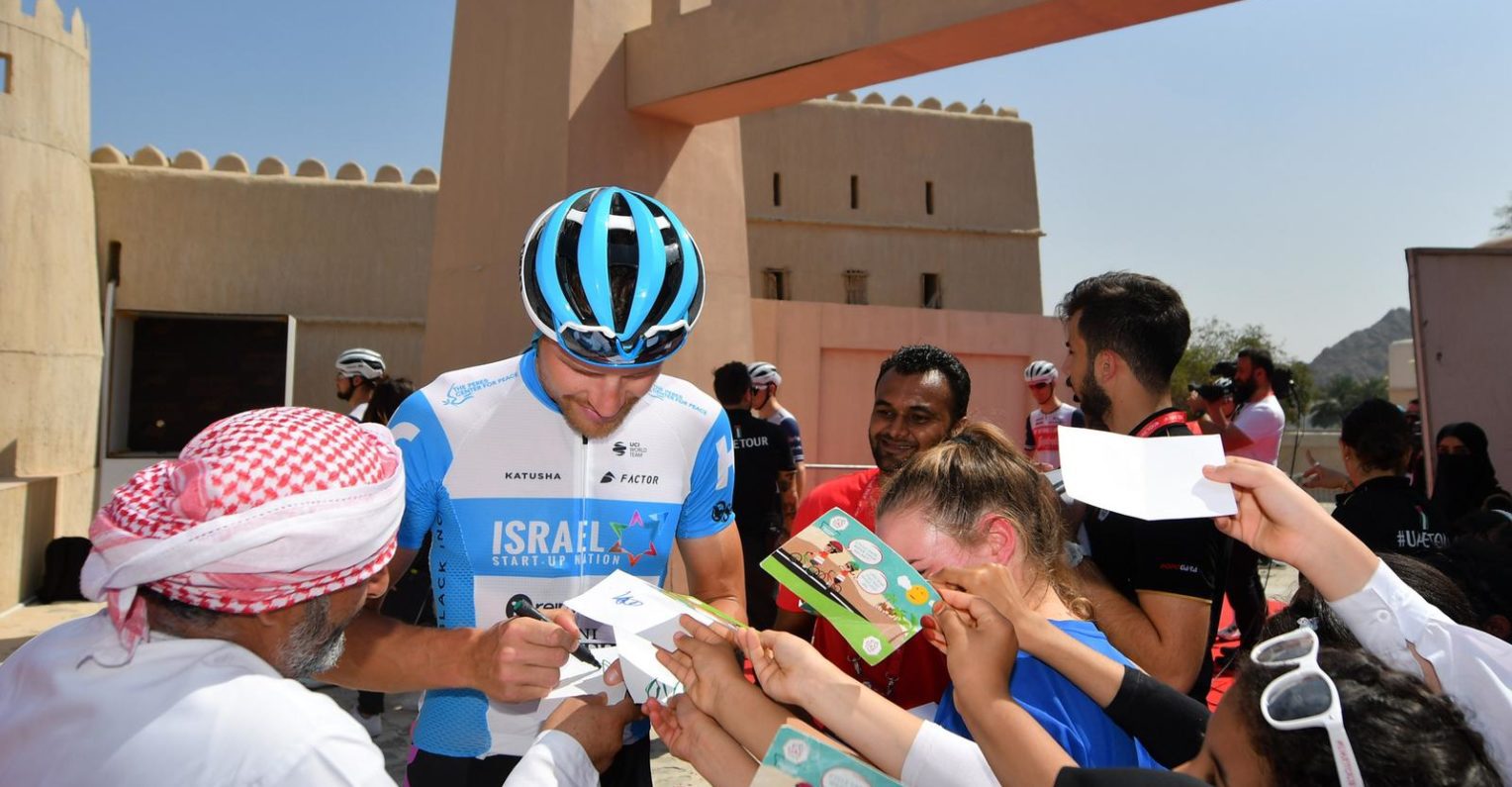 Returning to the UAE Tour

Team Israel Start-Up Nation is delighted to announce its return to the UAE Tour. The team made its first appearance in the UAE Tour last season and was warmly received as the first Israeli team to race in an Arab country. A few months later, Israel and the UAE signed a historic peace agreement.

ISN has confirmed that its new rider, Chris Froome, will make the UAE Tour his inaugural race for the team in 2021, alongside Israeli champion, Omer Goldstein. “It’s great to return, this time as the Israeli champion,” said Goldstein. “I hope that this time we will have Israelis visiting the UAE as peace tourists, coming to support us in person for the first time!”

ISN’s co-owner Sylvan Adams: “It is great to be returning to the Emirates, with whom Israel signed a peace accord in September. I had the privilege of being present at the White House in Washington for the signing of the historic Abraham Accords between Israel, the UAE, and Bahrain. We received a warm welcome from our neighbors last year, and I’m looking forward to renewing our friendships under this new umbrella of peace.”
Froome, who is currently training in California, was supposed to start the Vuelta a San Juan this January. However, due to COVID-19 restrictions, the race was cancelled, and Froome continued his training and rehab program in California. He will join the team for his racing debut in ISN’s blue and white in the United Arab Emirates.
“Chris has been making great progress in California, rehabilitating from his injuries,” said the team’s manager Kjell Carlstrom. “We are excited to see him racing soon.”
The UAE Tour starts on the 21st of February and finishes six days later. It is the first WorldTour race on the 2021 racing calendar.
Photos: Bettini Photo