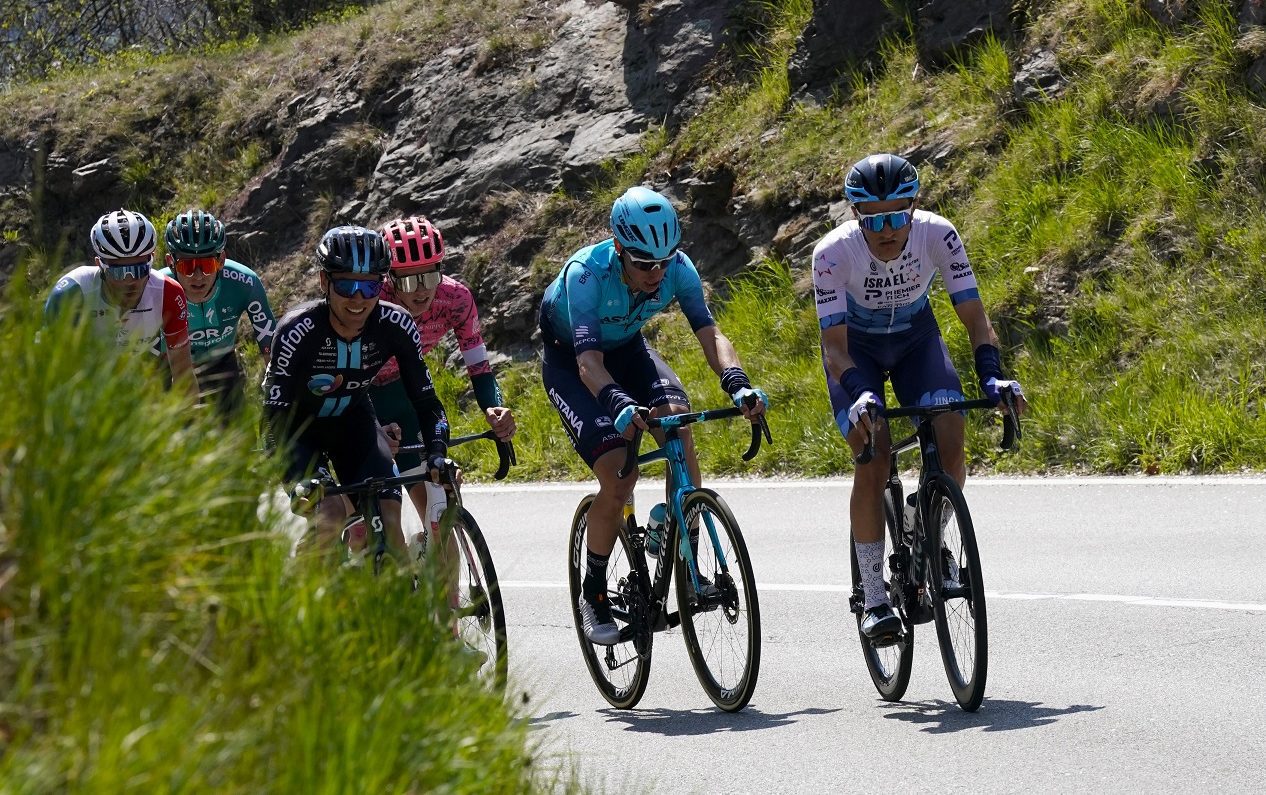 Piccoli climbs to sixth place in Tour of the Alps

James Piccoli showed off the Israel – Premier Tech color with panache on stage 3 of Tour of the Alps. The Canadian climber was part of a strong breakaway that managed to make it all the way at the end.

Knowing that today’s stage was a good one for a break, everybody wanted to get in on the action. After a furiously fast start, a group finally managed to get away after the first climb.

“It was actually me who forced the split on the descent”, Piccoli explained after the line. “Already from the start, I felt that my legs were good. Me, Omer [Goldstein] and Carl [Fredrik Hagen] had been covering the early moves and I could feel that I was on a good day.”

Ultimately, 11 riders joined Piccoli at the front and the group worked well together to establish a gap of nearly four minutes on the peloton. As they started on the final challenging climb of the day, the gap was still over three minutes and it looked like the break would make it all the way.

“With the firepower we had up front, I calculated that we would have a good chance of fighting for the win. On the steep slopes of the climb, I set the pace and at the top, we were only a few riders left.”

On the long descent, the breakaway regrouped, leaving seven riders to race for victory. Piccoli tried to get away a few times on the final kilometers, but at the end, it was Lennard Kämna (BORA-hansgrohe) who managed to get a gap and take the win. Piccoli crossed the line in sixth place after an impressive day at the front of the race.

“It feels really good to be back at the front. I think I did everything right the first two days here, but I just didn’t have the legs to be up there. Luckily, the team was super supportive. Everybody was really encouraging and today, my legs were finally there. I’m really happy to have come around and now, I’m looking forward to the next two stages.”