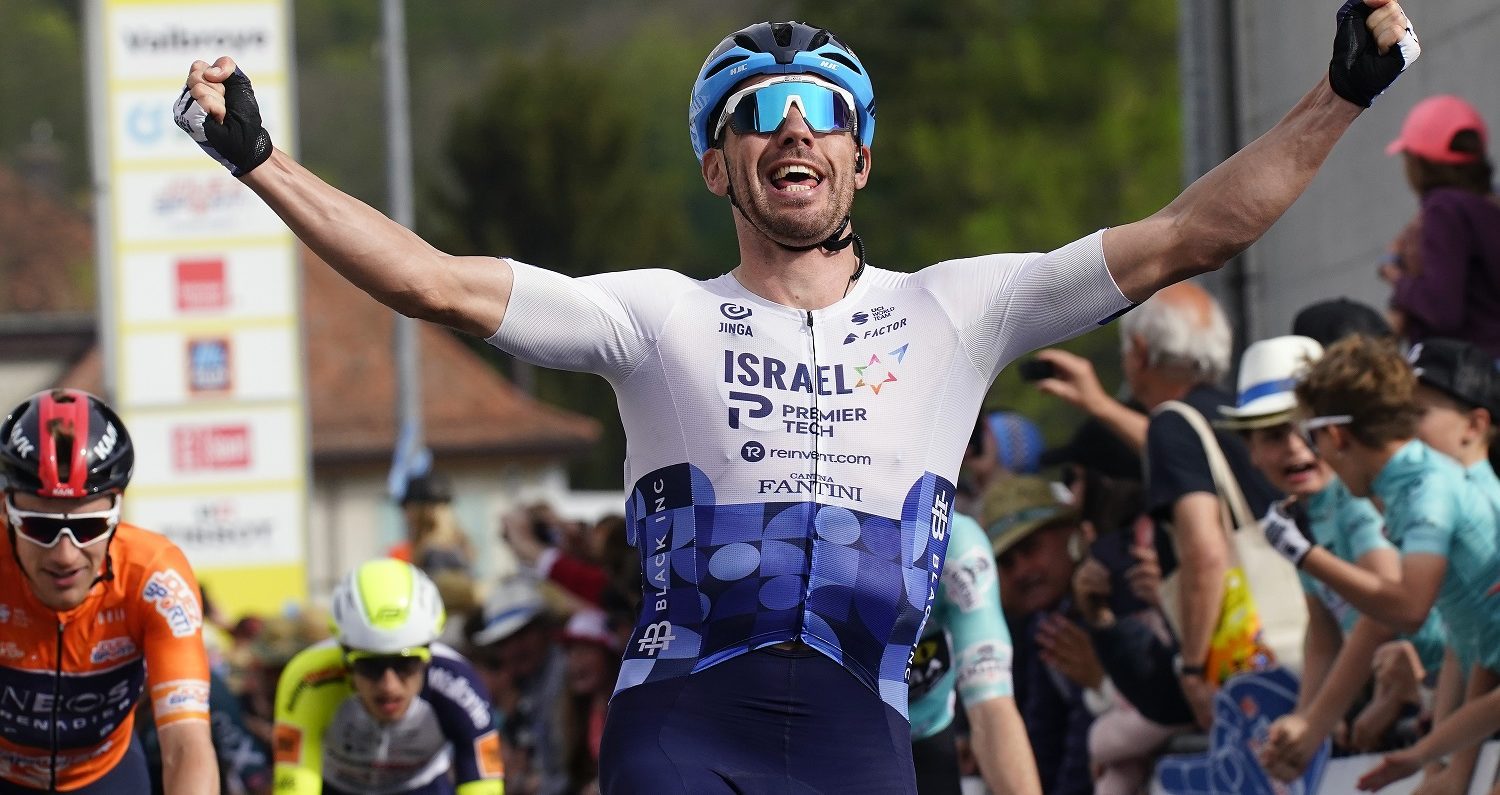 Israel – Premier Tech’s Paddy Bevin took a beautiful victory on stage 3 of Tour de Romandie as he won the sprint from a reduced peloton in Valbroye.

“I knew this was a stage where I could be there at the finish and I really wanted to win this sprint. What a day”, Bevin said with a big smile after crossing the line.

Knowing that today’s stage could be a good opportunity for a breakaway as well, the IPT riders were ready for multiple scenarios.

One of the designated riders to aim for an early break was Krists Neilands and on the first climb of the day, the Latvian climber showed great legs by winning the KOM sprint. Afterwards, Neilands managed to distance the peloton and get away with two other riders.

The trio built up a good gap of over four minutes and for a moment, it looked like they might make it all the way. Neilands did well to win another three KOM sprints, landing him in lead of the competition regardless of the outcome of the day.

”For a long time, I actually thought they would stay away”, Bevin explained. “I know how strong Krists is right now and I was happy to see him get up the road. He’s such a good teammate and he has done so much work for us. It’s great to see him in the KOM jersey now.”

On the final 25 km, the peloton upped the pace significantly and on the penultimate climb, it all came back together again.

Having studied the final meticulously before the stage, Bevin knew exactly how he had to approach the run-in and when he launched his sprint, nobody was able to follow the 31-year-old Kiwi.

In the general classification, Bevin is second overall just 14 seconds down on the leading rider, Rohan Dennis [Jumbo-Visma], ahead of Saturday’s queen stage of the race.