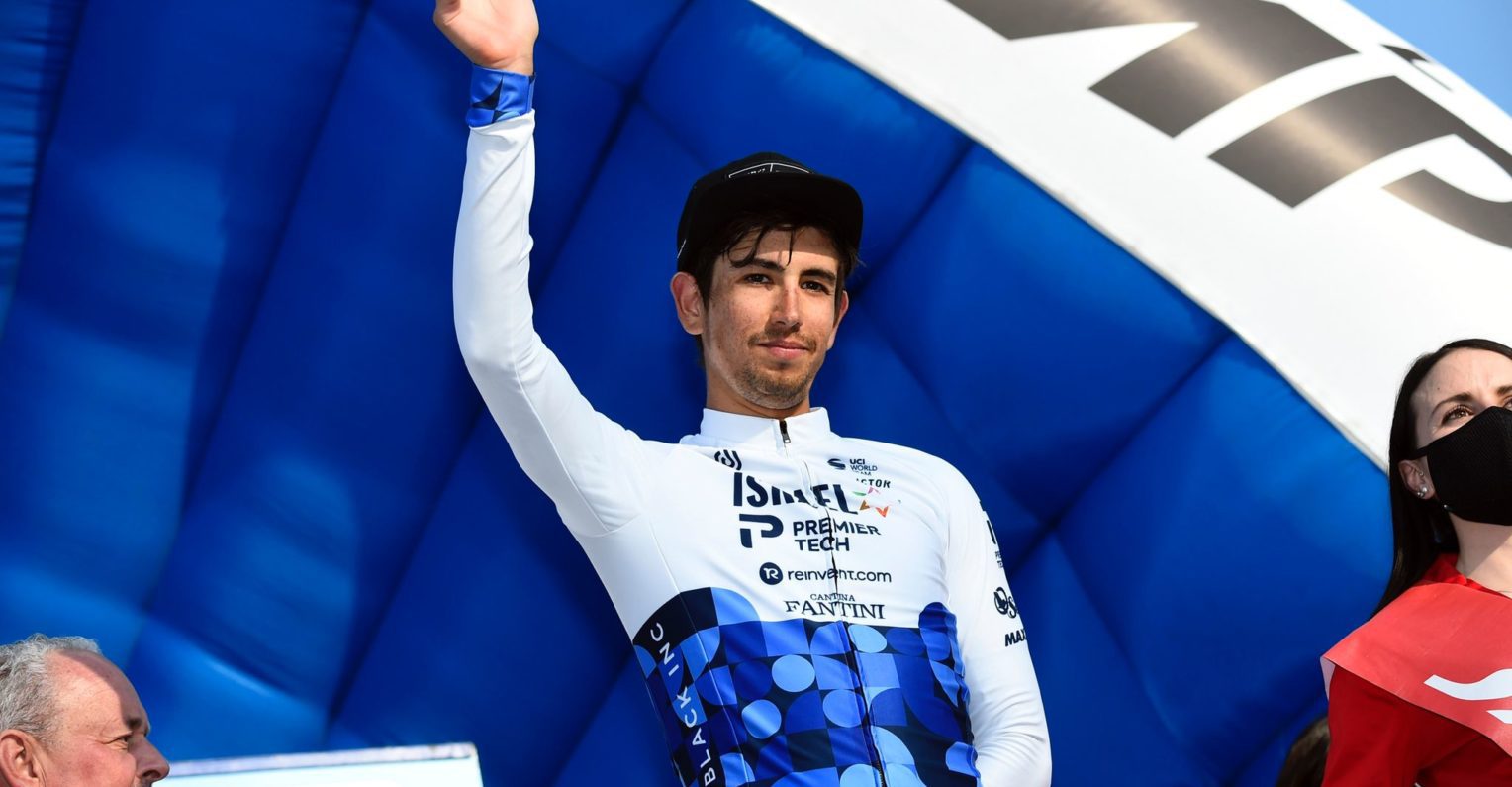 It was Sunday morning in Girona, Omer Goldstein’s home away from home when he took to the road on his bike.

He had just returned from five days of a very hard – and impressively successful – Coppi e Bartali, where he was clearly the top rider from Israel – Premier Tech. He had capped a very fine race with two incredible stages; in one he finished eighth and in the other, he made the podium following a fierce battle in the breakaway with a strong duo from the powerful team Quick-Step. It was, in many ways, a glass-ceiling breaking performance for the Israeli.

So, it should have naturally been his time to rest and be happy.

But, well, no and no, according to the 25-year-old from Israel.

Goldstein: “I woke up unsatisfied. I thought that I needed to find a way to get better, so next time around, when I face two guys trying to break me, I would be able to end the battle with a win and not a third-place podium. So, I went for a ride, and asked myself, ‘Should I lose some more weight? Maybe another altitude camp? Or…’”

That’s the pure hunger and passion this team needs, said sports director Claudio Cozzi. “He has matured both in his character and racing decision-making and we saw he can fight successfully for results with the best.”

Omer agrees. “I realized that I need to use my head more when I race. That you don’t need to be the strongest but the smartest. I witnessed riders that got great results, although they were not better than me. So, I give much more attention to reading the race to make the right moves at the right time. I feel more and more like a poker player, and it definitely makes a difference.”

It did in Coppi e Bartali but even before that, in the Tour du Rwanda when he overcame his desire to go home after a disastrous day and became the most aggressive rider in the tour. It’s character. In Coppi e Bartali, he realized that he can be “in the game” day in and day out, he says. “I feel that I have a fighting chance in every scenario.”

But he never forgets that it was teamwork behind it all: “Reto, Alistair, Guy Niv, they all did some hard work,” he says, but gives the most accolades to Chris Froome: “Look, he has all the pressure and all the reasons in the world to try and show himself there, but he does not care about himself. He sees the team as the priority, and he goes and does all the work that nobody notices on TV, breaking his butt and fighting in the front to protect his teammates. I admire him constantly. He is my best role model.”

For the team, Omer’s gutsy performance could not have come at a better time as numerous riders suffered from an unending series of injuries and illnesses (including Covid) which wreaked havoc on line-ups in many races. “We found ourselves in negative momentum, and every one of us knows how hard it is to stop the downward spiral. But with riders sacrificing everything, even when they are not in top shape, for their teammates – we will turn this around. We have amazing big-time riders here, so I do not doubt that we will turn this ship.”