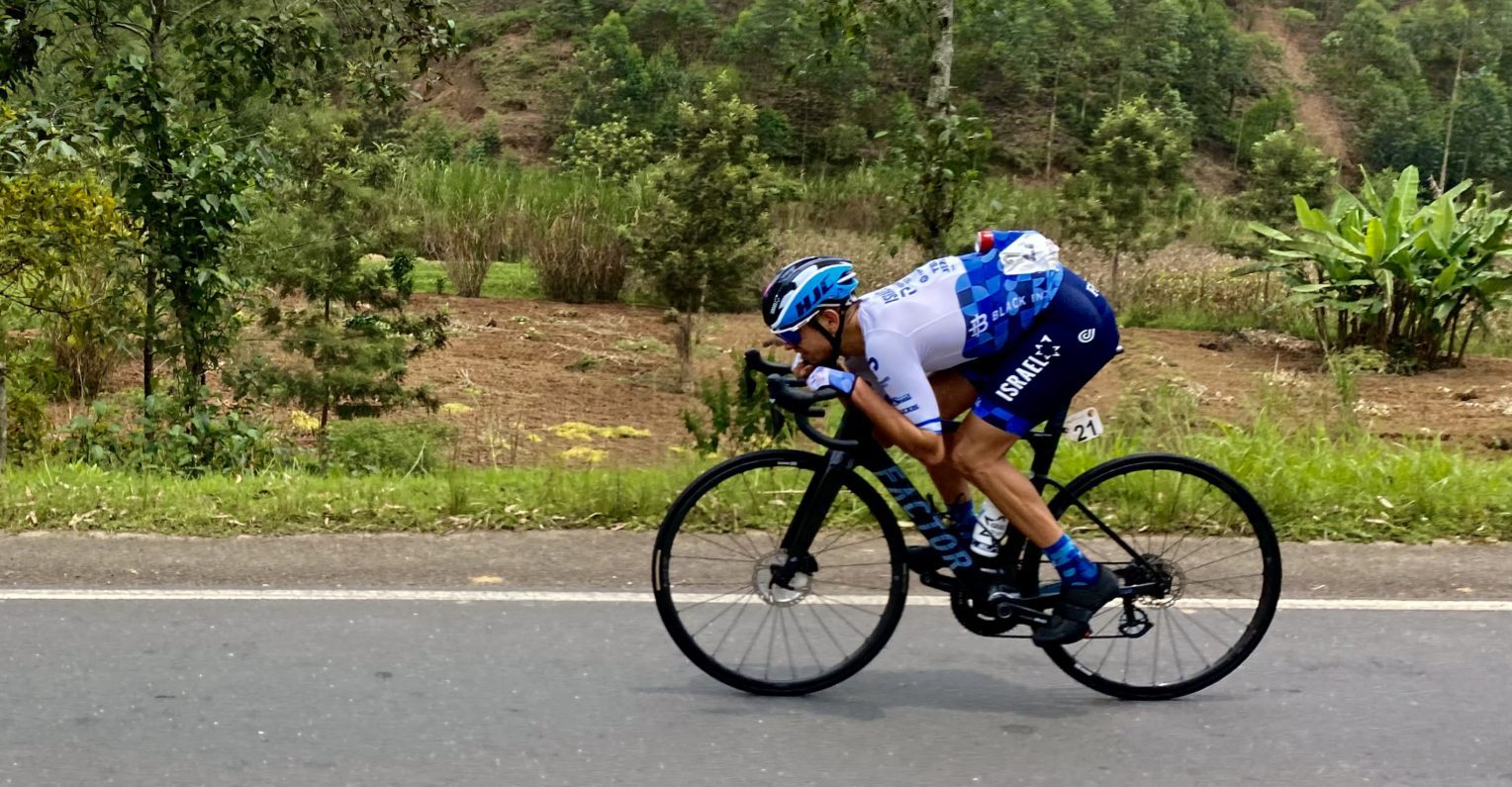 Every day and every stage, Omer Goldstein attacks. He sets up breakaways with the one ambition he wakes up with every morning in Rwanda: celebrating over the finish line.

Goldstein is determined. “I will fight every day and every stage. I believe in the team’s chances, and also in my own,” he says. Even though his promising attempts weren’t successful, he does not consider taking it more easily. “I am one of the better climbers here, so I do not see a reason to stop believing.”

With that belief, Goldstein wakes up every morning to chew through his breakfast, follow his pre-race routine and get into the van to the start. With headphones on his ears, he defends himself against the African pop music screaming out of the radio. He closes his eyes to visualize the stage ahead, which he knows is going to hurt and that he will have to dig deep. Every day he knows that he will have to suffer to accomplish what he wants to accomplish, but Goldstein is willing to suffer. He is always up for a challenge, especially when he has to give his all.

Edo Goldstein, not only Omer’s brother but, in this race, also his companion to set up breakaways, is equally optimistic and motivated. “Having Omer up the road every day is an effort of the whole team. It is great to ride aggressively together with him and the rest of the team, and even more fantastic to have someone of us in the breakaway each day.”

However, that does not completely satisfy the younger Goldstein brother. “Being in the break is not enough,” he says. “It is about making the break successful.”

Omer Goldstein agrees. “Whether it is me, Edo himself, Alastair MacKellar, Cole Kessler, or Nadav Raisberg, I do not mind. Every morning we wake up and agree upon the same goal: winning the stage. We are not giving up on that, especially given the fact we have been close to making it all the way to the line already.”

Indeed, Omer Goldstein nearly achieved his ambition. During one of the stages, the group of escapees only got caught three kilometers before the finish. That gives him hope. “The race is hard to control, as we are racing in teams of five riders. Every day is a chance to make it to the finish.”

Also, yesterday, in stage 6, the Israeli rider was one of the most aggressive riders. This time the peloton caught him with 20 kilometers to go. “Too bad,” he said after the finish, “We’ve got two more chances here in Rwanda. You can expect us to be in front.”