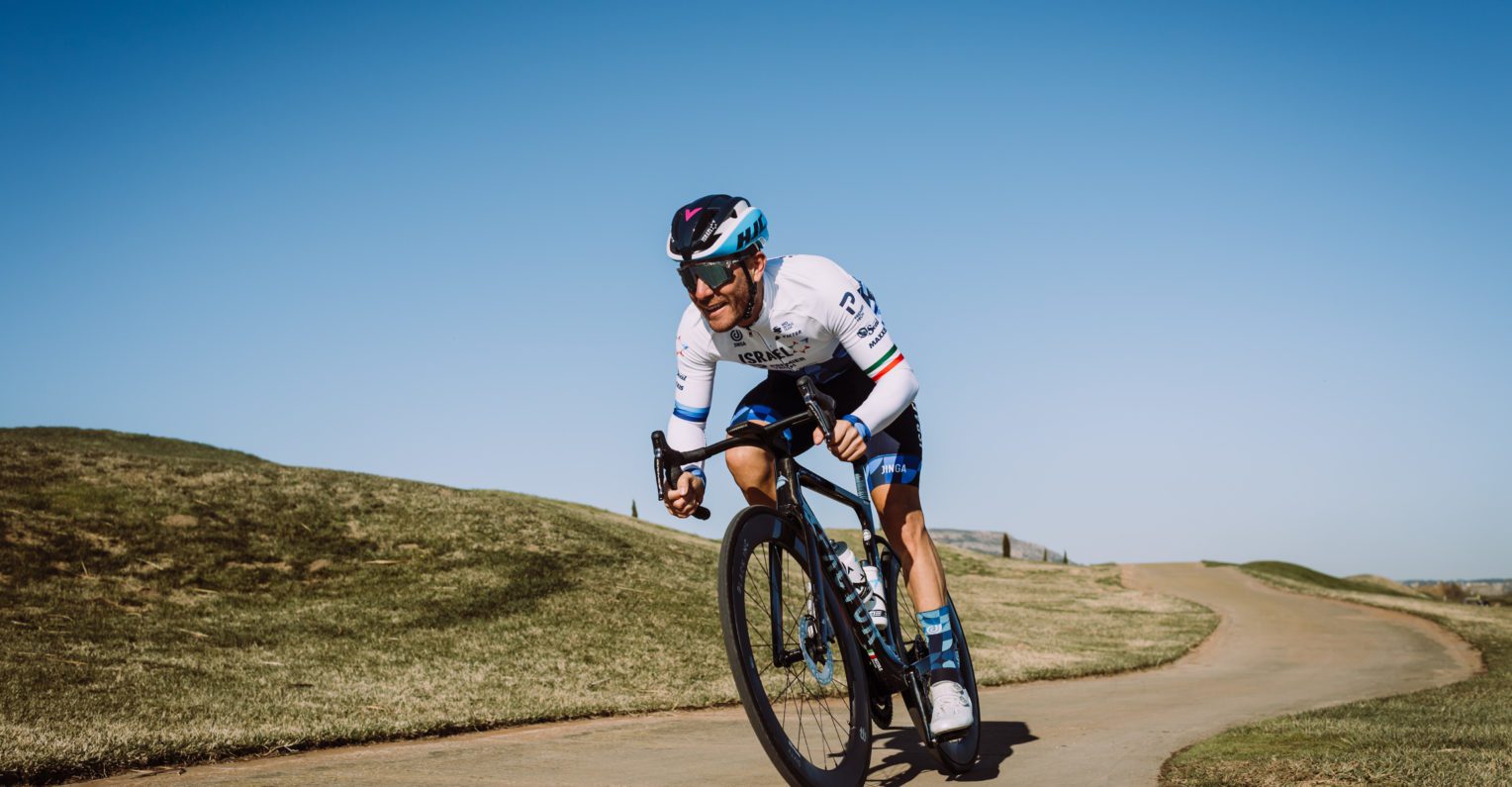 Stage winner and two-time Maglia Ciclamino winner Giacomo Nizzolo is set to lead Israel – Premier Tech at the Giro d’Italia, where the team will be hunting stage wins when racing gets underway in Hungary this week.

Nizzolo has a strong sprint train to guide him to victory, while the team will have more flexibility in the second half of the race to target breakaways explains Sports Director Oscar Guerrero.

“This year at the Giro d’Italia, we are all in for Giacomo Nizzolo. We have a very sprint-focused roster with Giacomo as our leader so it’s clear that the team’s primary objective is stage wins. We have a very strong lead out train with Rick Zabel, Alex Dowsett, and Matthias Brändle, as well as Jenthe Biermans, who we have added to give the train extra support. Of course, we also have a rider like Alessandro De Marchi who gives us a valuable card to play for stage wins. Alessandro hasn’t had the best preparation but I think he can use the first part of the race to ride into his best shape and look to do something in the second half. We have Reto Hollenstein and Alexander Cataford completing the team to provide valuable support to help the team achieve our goals,” says Guerrero.

Stage wins may be the team’s primary goal but Nizzolo is looking to add a third Maglia Ciclamino to his collection.

“As well as targeting stage wins, we will also have an eye on the Maglia Ciclamino. Giacomo has won it on two occasions in 2015 and 2016 and we believe he can do it again. Most of the key sprint stages are in the first two weeks so we can really focus on them and then have more flexibility in the second half of the race to jump in breakaways and see what we can do. The guys are all really motivated and I’m sure we can come away with a stage win,” adds Guerrero.

Nizzolo hopes his different preparation for the race will pay off when he makes his Grand Tour debut in IPT colors.

Our best will be fighting for stage wins and to look at the Maglia Ciclamino.

“The Giro d’Italia is one of my biggest goals of the year and I think as a team, we are super motivated and ready to do our best,” says Nizzolo. “Our best will be fighting for stage wins and to look at the Maglia Ciclamino. I’m feeling good and I’ve had a different approach to the Giro compared to the past years. After breaking my wrist in Milano – sanremo, I had to skip the Classics so I went to altitude, I did a good block of training there, and then I did Tour of the Alps. It’s obviously not my kind of race but I think it was important to improve on the climbs a little bit. I’m ready and can’t wait to race.” 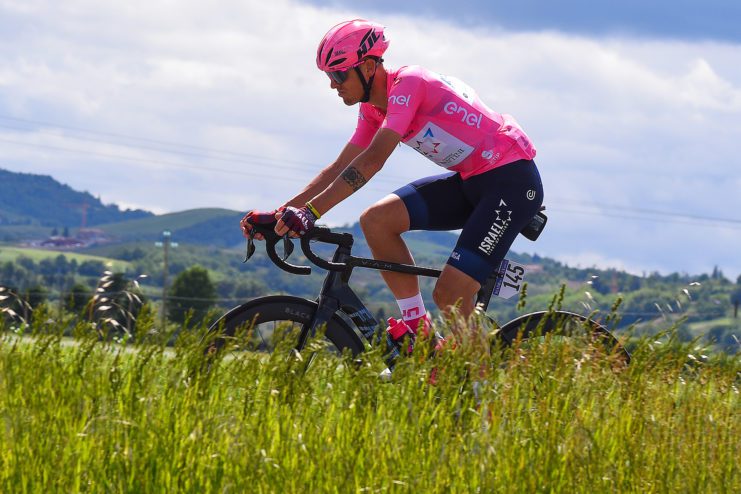 The 2021 Giro d’Italia was a race of highs and lows for Alessandro De Marchi. After sensationally taking the Maglia Rosa after stage 4 and wearing it for two days, the Italian crashed out on stage 12. Now, he’s back with unfinished business.

“Last year I had one of the best days of my career at the Giro and of course, the Maglia Rosa was something really important and emotional for me. Especially as an Italian, I am really proud of this. The Giro is always important for an Italian rider but this year, I feel that it will be really important and nice to come back and race there. I feel like I didn’t close the circle last year when I didn’t finish the race, I didn’t make it to my home region, so I have unfinished business this year.

“I have the opportunity to go through my region on stage 19, when the stage will pass through my town. This is something special and I’m really looking forward to this moment. The spring hasn’t been what I wanted or planned and this will change my goals and priorities in the Giro, at least for the first half, when I will really focus on the sprints with Giacomo. He deserves it and is really motivated for a stage win, and this is also really important for me. I want to be part of the train and part of the team effort. After this, it will all be about the shape and the legs and if everything goes well, my legs will be best in the third week, when it’s all about motivation and legs.”

The 2022 Giro d’Italia marks IPT’s ninth Grand Tour participation and for the first time, an Israeli rider doesn’t feature in the rider roster, a sign of the team’s progress and development says IPT partner Sylvan Adams.

“While I’m very proud of our record of featuring an Israeli in eight consecutive Grand Tours, I think it is significant that our program has matured such that our Israelis are not mere tokens to be added onto every race roster. Rather, each of our Israeli riders is an important contributor to our team efforts, both in one day races, shorter stage races, and Grand Tours. Given that we have chosen to go with an alternating sprint and breakaway strategy in search of stage wins for this year’s Giro, we picked the best squad to support this strategy, that in this Giro, doesn’t happen to include an Israeli,” explains Adams.

IPT at the Giro d’Italia