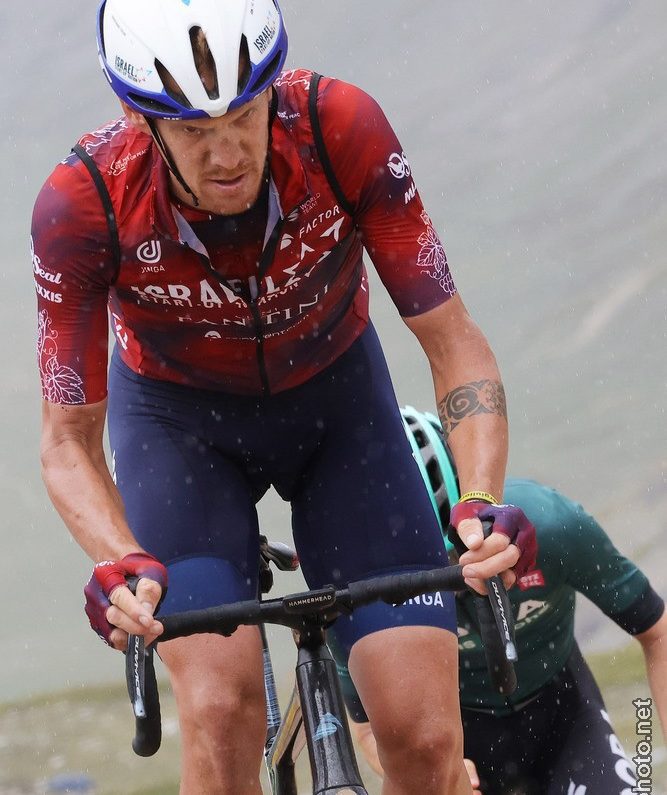 Bad luck struck Israel Start-Up Nation on the twelfth day of racing in the Giro d’Italia. Both Alex Dowsett and Alessandro De Marchi were forced to abandon.

Alessandro De Marchi crashed out of the race after he raced aggressively to get into the break. He was taken to hospital and was there diagnosed with a broken right collarbone, six broken ribs. He also broke his first and second vertebra.

Dema did not suffer a head injury but does have to stay in the hospital for at least one night.

From his hospital bed, he said: “I am fine.” For his teammates, he had a supportive message: “Go and keep fighting. Never give up!”

Later on in the day, the twelfth stage of the Giro, Alex Dowsett also had to abandon the race. He had coped with stomach problems that forced him to quit halfway into this year’s Giro.

On the opening day of the Giro, Krists Neilands broke a collarbone after a very unfortunate crash when riding back to the hotel after the individual time trial.