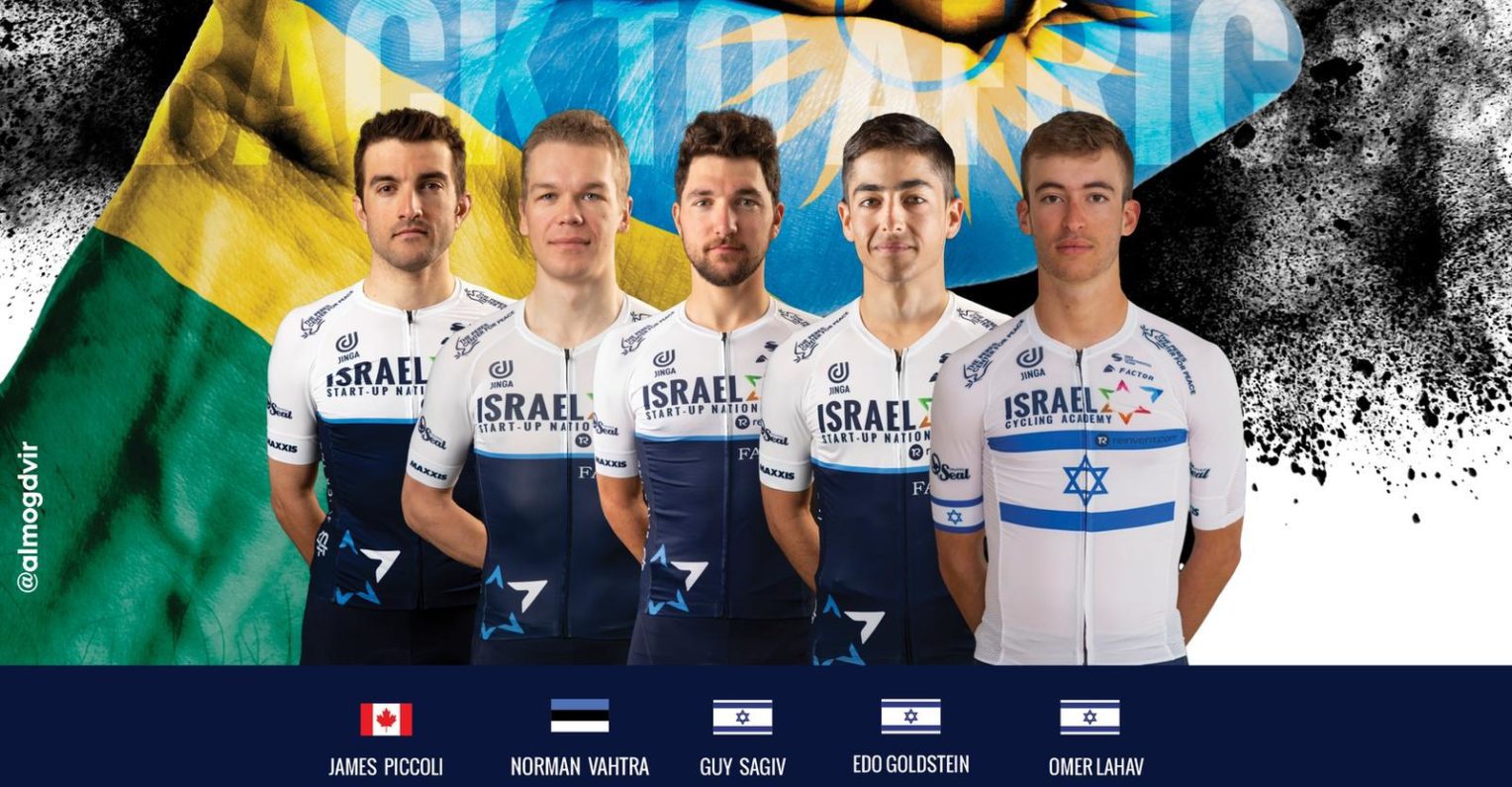 ISN back to Rwanda: Five adventurers prepare for aggressive racing at altitude

Israel Start-Up Nation is coming to the Tour du Rwanda for the fourth time in its history. The five selected riders are predominantly Israeli and will be directed by sports director Cherie Pridham, the first female sports director in the WorldTour.

Team co-owners Ron Baron and Sylvan Adams also made their way to Rwanda, intending to join the team as they visit the genocide memorial and initiate a new, social cycling project that will be revealed on Friday the 30th of April.

Ron Baron says that Rwanda is a country Israel Start-Up Nation feels a special connected to. “The two countries, Israel and Rwanda, enjoy warm ties and we are proud to be here.”

Sylvan Adams agrees with Baron and adds: “To see Israel Start-Up Nation competing for the fourth time here in Rwanda, this year with a predominantly Israeli team, is exciting.”

Sports director Cherie Pridham is happy to be on the African continent, leading the pentad of riders in the Tour du Rwanda. “It is especially extraordinary as this country gave women so many opportunities.”

Pridham will be joined at the helm by sports director Lionel Marie, both of whom are pleased to see that the majority of riders in the line-up are Israeli – a first for the team.

The Israeli representation on @TeamIsraelSUN at Tour du Rwanda starts with Israeli ITT-champion Guy Sagiv, who is joined by Israeli under-23 road race champion Omer Lahav, and the young, rising talent of Edo Goldstein. The latter two are part of the Israel Cycling Academy continental team.

James Piccoli will be ISN’s man hunting for a good result in the general classification. Estonian national champion Norman Vahtra has his eyes on the sprinting stages.

The co-owners, sports directors and staff members will, just like in years past, visit a youth school, a local cycling club, and the genocide museum in Kigali during its visit to Rwanda.

Lahav: ‘Plenty of elevation in Rwanda’

The postponed edition of the race itself features, as usual, plenty of climbing. In addition, racing in Rwanda means competition at high altitude, making the race even harder.

Stages four to eight are all quite similar (chances for climbers and punchers). The seventh day of racing, however, is where the individual time trial brings us to the infamous “Wall of Kigali”.

Lahav remembers the climb from last year. “The cobbles, the fans, and the sound, they all make this climb special. For me, this wall is the icon for Rwandan cycling.”

“It is not only the Wall of Kigali that can hurt though”, he continues, also “there is barely any meter flat in the Tour du Rwanda. The elevation and the altitude make this race super difficult. The local riders, who are perfectly adapted to the circumstances, always race super aggressively, supported by their fellow countrymen.”

Goldstein says that the team is motivated to make the best of the race. “Personally, my preparation has been good and I am looking forward to racing on African roads. Last but not least, we have the necessary experience in the team to know what to expect from this race. Therefore, I think that Israel Start-Up Nation can be ambitious.”

In general, the Tour du Rwanda features unpredictable racing. Riding aggressively and attentively is essential. “We cannot lose focus for a single second in Rwanda,” says Pridham. “Big groups can go, and take huge advantages. We will work hard for GC but also look for opportunities and try for a stage win.”

Her colleague Lionel Marie agrees and says: “I hope to see a strong Israel Start-Up Nation in the Tour du Rwanda. An ISN that races smart, and is patient. That’s important in a race like this.”