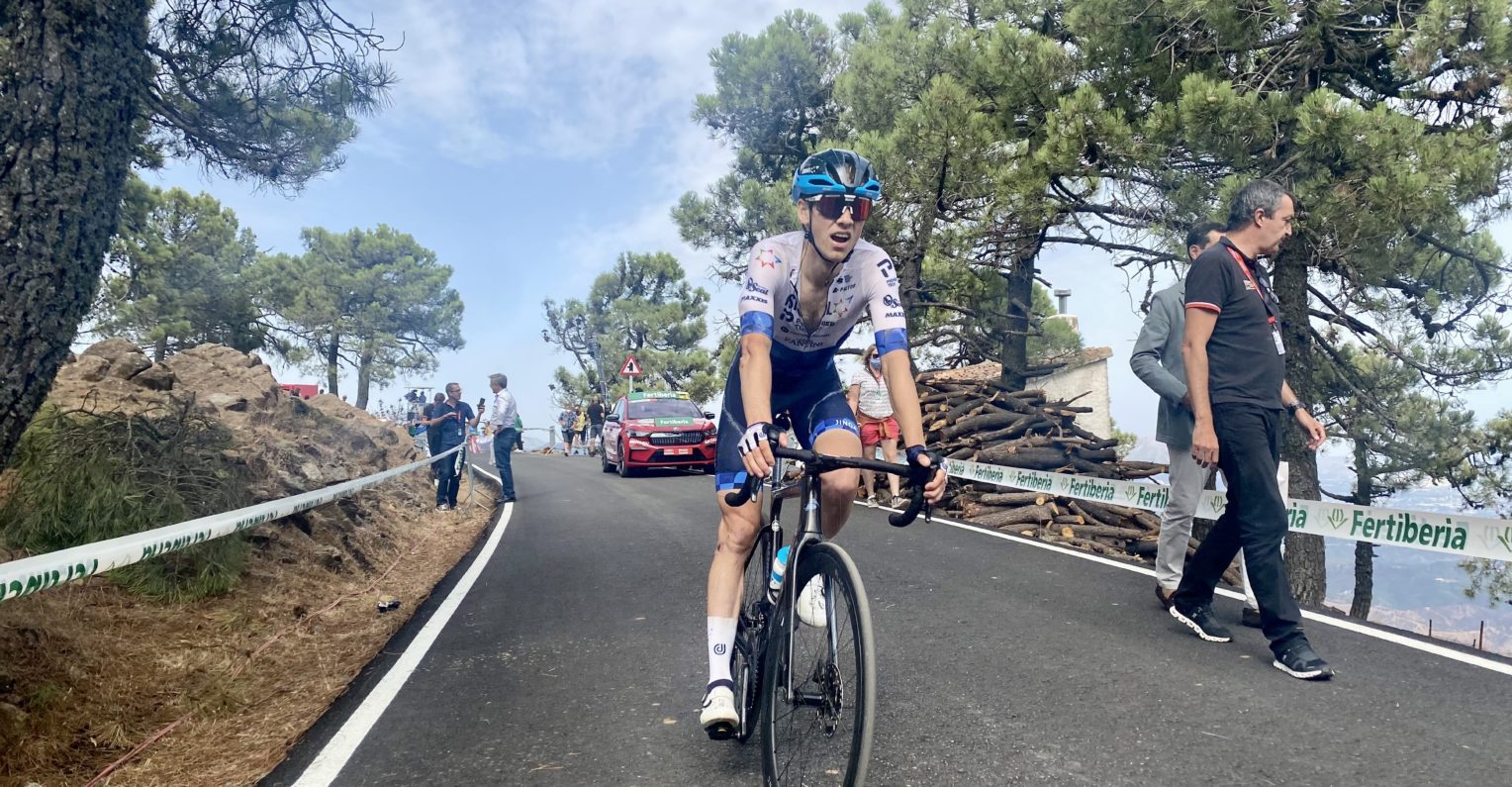 Carl Fredrik Hagen is a man made of stone. After a bad crash in the first week of racing, the Norwegian climber needed time to recover from his wounds and injuries. In stage 12 he was back: joining the breakaway with two teammates and climbing to eighth place in the stage.

“I am happy with my performance today”, Hagen said right after the finish. “My teammates and I made it into the right move, and on the final climb I felt strong.”


It took more than an hour for the breakaway of the day to establish, Hagen said. “There were so many attacks, that I lost count of them. It was just one after the other.”

Israel – Premier Tech was determined to make it into the group of escapees, as the sports directors predicted that it could go all the way to the line. They were right.

32 riders went up the road and the Israeli team was very well presented. Omer Goldstein jumped in the first group, Paddy Bevin made it too, and there was Hagen. “I was happy that we got in the break with the three of us. We timed our attack well.”

With a mountaintop finish, it was clear that the team would play the Norwegian card. The Piñas Blancas, a climb of nearly twenty kilometers, suited Hagen better than the other two.

Israel – Premier Tech’s climber fought himself into a better and better position the further they went up the final climb, following the wheels of Richard Carapaz, Wilco Kelderman and Jay Vine.

Once the road turned left, on a freshly paved and steep road, he tried to follow the attacks. He had to look for his own rhythm once it was clear that Carapaz and Kelderman would battle it out for the stage victory.


Ultimately, the man who crashed only a week ago, finished eighth, 1 minute and 23 seconds behind the conqueror Carapaz. An impressive display of resilience from the 30-year-old.

“Knowing from where I come from, I am even getting a little bit emotional”, the Norwegian said, referring to his terrible accident last year and the painful one from last week. “It has been a long process, and it is not over yet.”