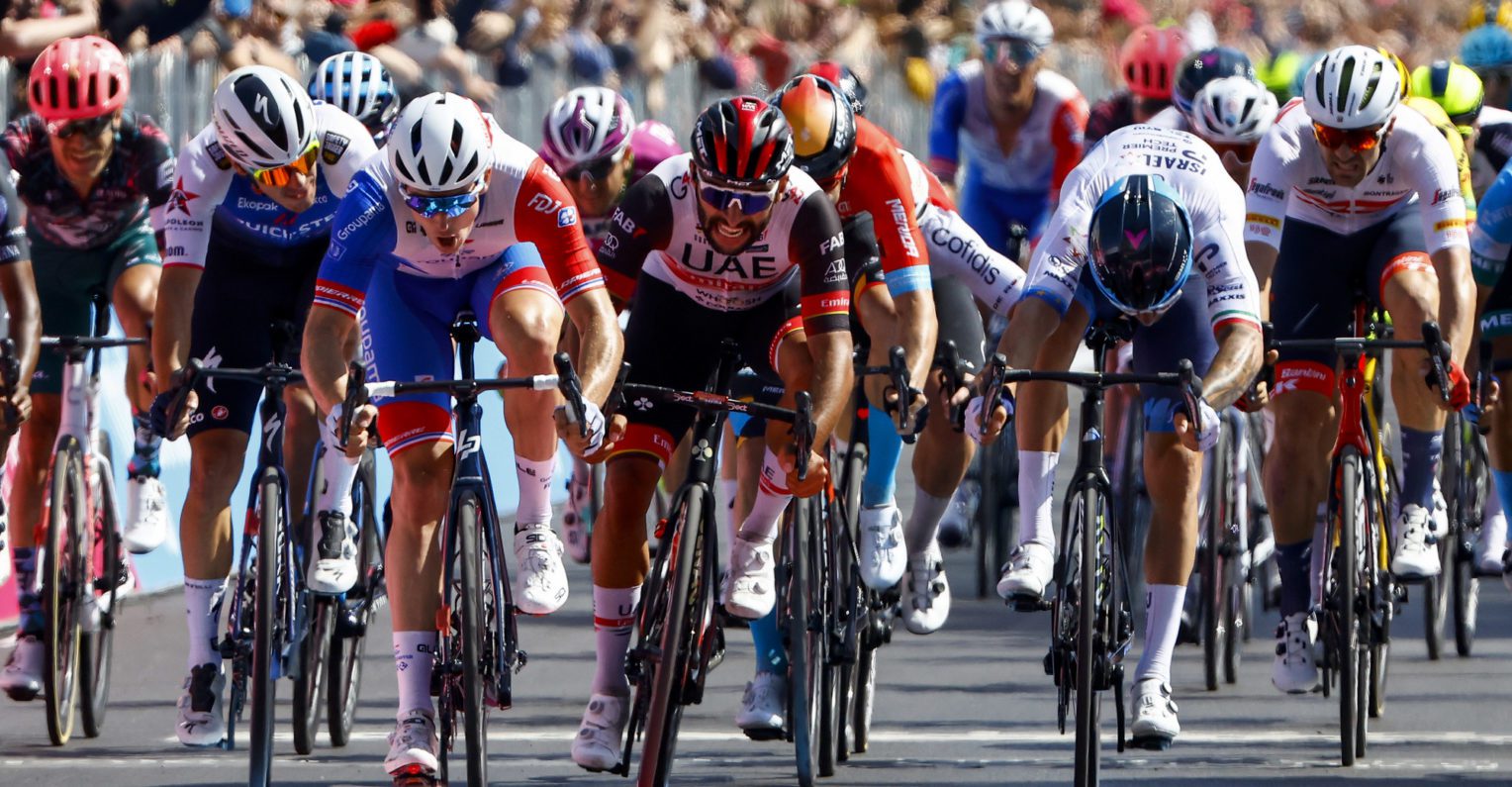 Giacomo Nizzolo heads to the Italian mainland taking confidence from his sprint on stage 5 of the Giro d’Italia which saw IPT’s Italian leader sprint to third place in Messina after a near-perfect lead out.

An injection of pace on the category 2 Portella Mandrazzi climb from Alpecin Fenix caused multiple sprinters to drop, at which point many of the sprinters’ teams banded together to maintain the gap and reduce the field of sprinters for the final finish in Sicily.

“I’m not surprised that some of the sprinters were dropped on the climb because we went really hard and it was really difficult to hang on. As a team, we cooperated to try and keep the gap along with the teams that had made the damage and from there, we kept it until the finish,” said Nizzolo.

This morning’s race meeting on the IPT bus focused on the need to be patient in today’s complicated finale, a plan that the team executed well in the final kilometers.

“The team followed the plan perfectly today and did exactly what I asked of them. We waited as long as possible and then with two kilometers to go, I got the information that there was a 15km/h headwind in the final stretch so I decided to drop back a few places after the last corner as I had the feeling that the best choice was to come from behind. When you drop, you don’t just drop three places and I probably dropped five to six places and had to find my way out in the last meters. I was coming with speed and I think it could have been a bit better. But if I didn’t feel like starting the sprint from the beginning, there was a reason.”

Nizzolo’s podium position on stage 5 not only gives him confidence ahead of the next sprint opportunity tomorrow, but also adds valuable points to the Maglia Ciclamino classification.

“We are on the good way, we just have to be patient and be confident, as we were today. Tomorrow is another good chance.” 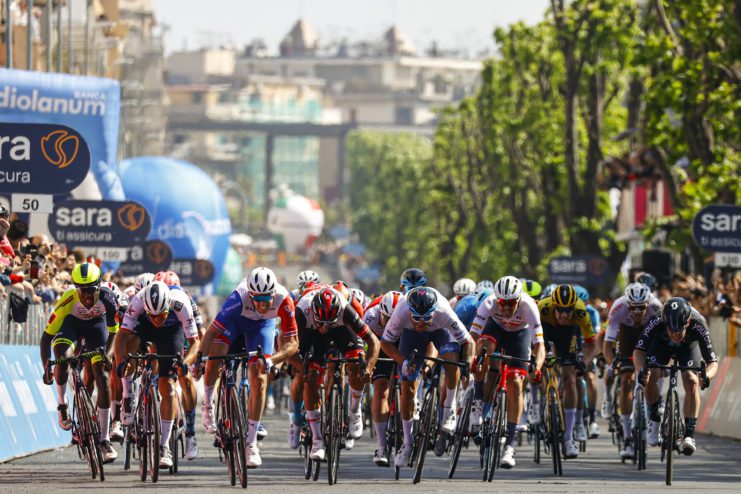