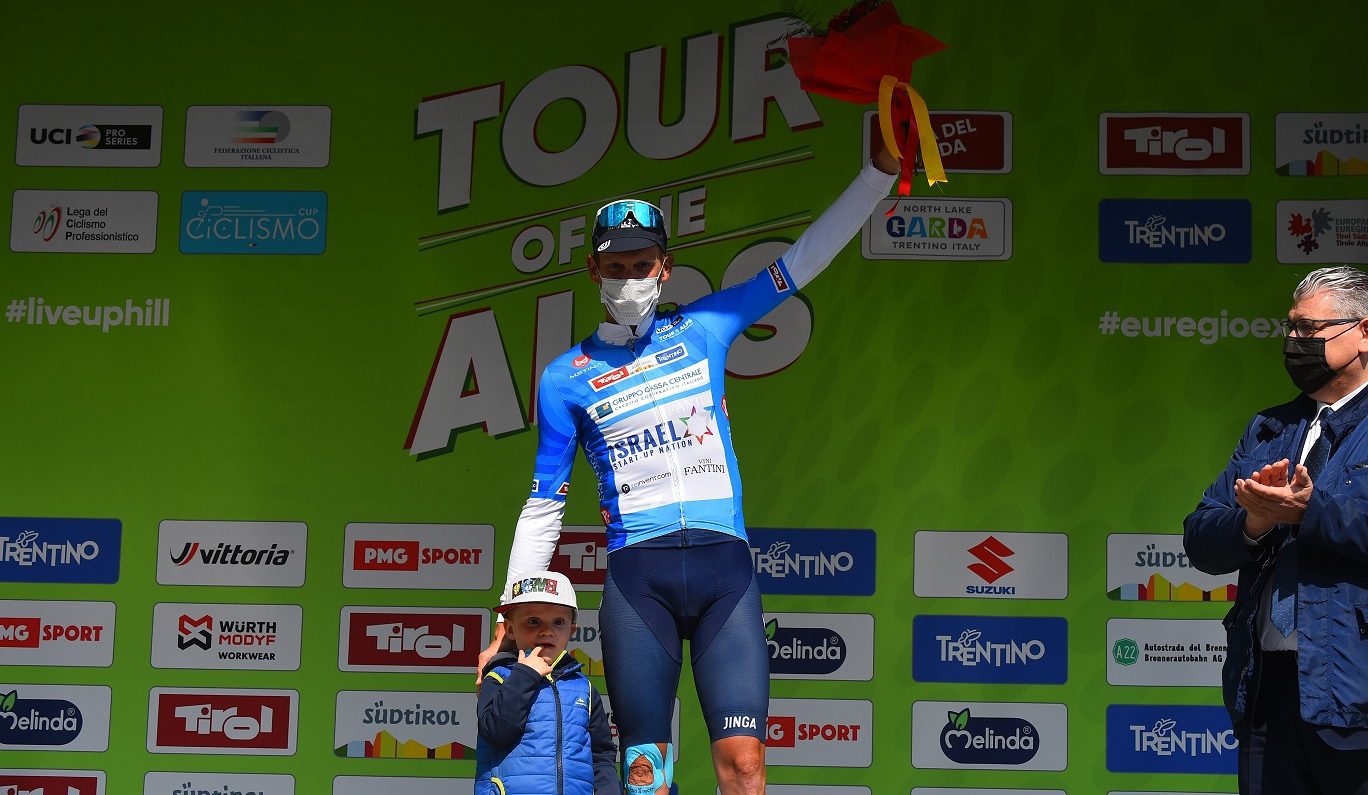 Israel Start-Up Nation finished off Tour of the Alps with an impressive team performance which saw Alessandro De Marchi take third place on the final stage as well as win the blue KOM jersey.

From the start of the day, the team tactic was clear: help De Marchi take back the king of the mountains jersey by getting first over the top of the first categorized climb. As said as done. The team took control of the stage right from the beginning, making sure no dangerous break got up the road without De Marchi in it.

On the first ascent, Dan Martin went to the front to set a furious pace, which left just a handful of riders – including De Marchi – on his wheel; and at the top of Passo Duran, De Marchi crossed the line first assuring he would win the KOM classification as long as he finished the stage.

However, De Marchi was interested in more than just making it to the finish line. When the front group split up on a descent, De Marchi was quick to react and follow the move, now eying a potential stage win.

Unfortunately, the peloton was never far behind and as the gap began to come down to under a minute, the riders at the front started attacking each other. Ultimately, Felix Großschartner (BORA – Hansgrohe) managed to get away to take the win, while De Marchi did well to finish third on the stage after a hectic chase. Simon Yates (BikeExchange) won the race overall with Martin in 15th place.

Alessandro De Marchi: “First of all, I must say thank you to the team and especially Dan Martin who really helped me today. After I took the KOM points, we started focusing on the stage win. Originally, I wanted to help Dan win the stage but, on a descent, the group split up and I was lucky I was in the right place to follow the move. On the final climb, Großschartner went away and I started chasing with Roche. Actually, I must also say thanks to Roche. The two of us really worked well together, even when the peloton was closing in on us. It was a great collaboration. In general, it was a great day. We took back the KOM jersey and made podium at the end. I think we can be happy with this week of racing.”