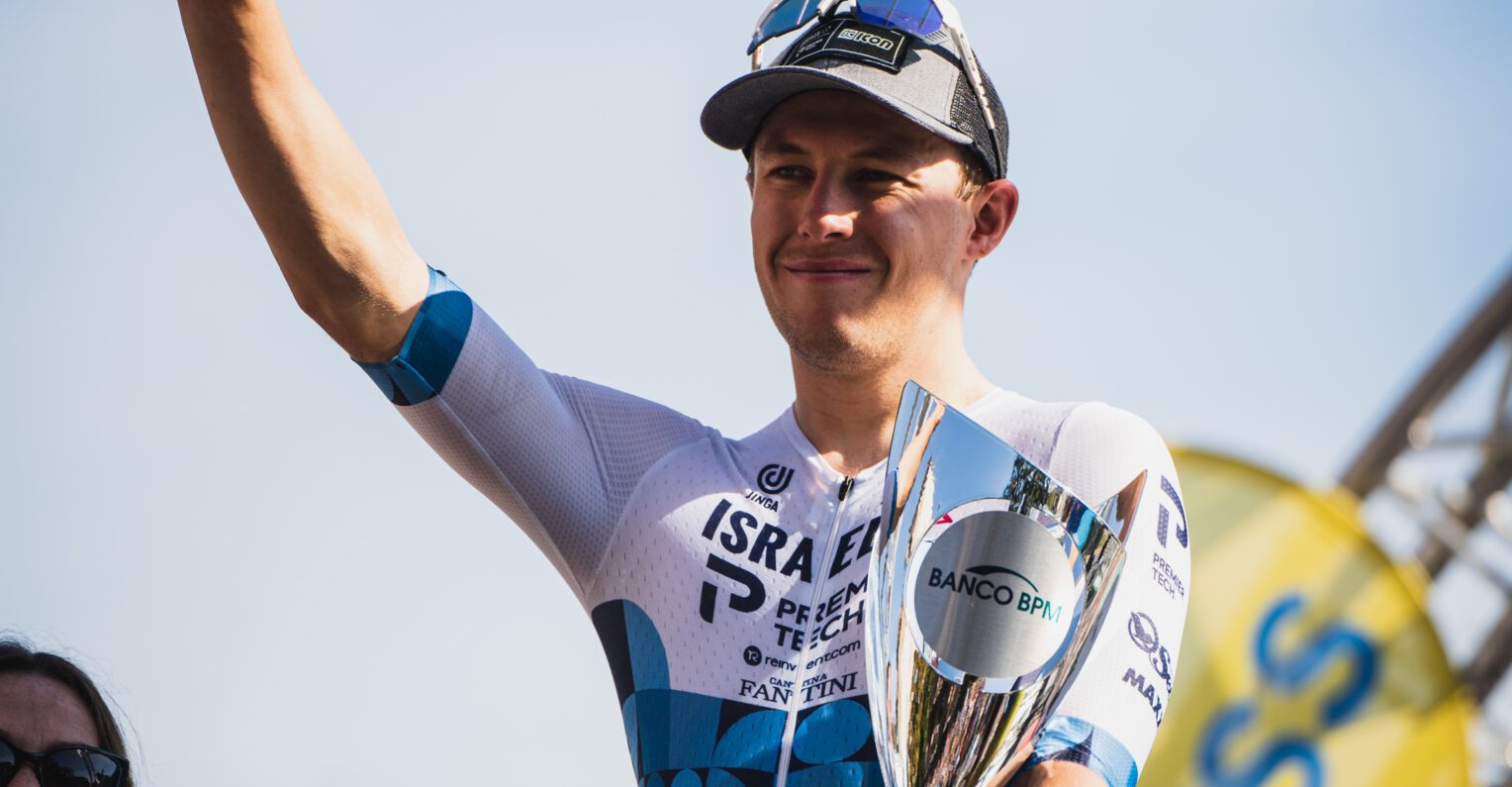 Israel – Premier Tech’s young sprinter, Corbin Strong, pulled off another strong performance as he made podium in the Italian classic, Coppa Bernocchi, on Monday.

“I knew this was a really nice race for me. Obviously, I wanted to win, but I think that I can be happy with second today”, Strong said before going onto the podium.

Knowing that today’s race suited him well, Strong was highly motivated to get in the mix and his IPT teammates were fully committed to support him. However, the 22-year-old Kiwi was not just going to sit around waiting for a sprint.

“I followed a few dangerous moves in the last part of the race but eventually it all came back together for a sprint. De Marchi did an awesome job, putting me in the right position, and even though I may have slipped down a few spots in the last kilometer, I still came home in second place, which I’m very happy about. It’s really been great to receive all this support from the team.”

The next race for Strong and Israel – Premier Tech is already tomorrow as the team takes on another Italian one-day race; Tre Valli Varesine. Last year, the team had great success here as Alessandro De Marchi soloed to victory.

Corbin Strong pulled off another impressive performance in his first pro season when he sprinted to second place in Coppa Bernocchi today.

This week, we will bring a longer portrait of our young Kiwi sprinter. Here's a teaser with footage from today's race ⤵️ pic.twitter.com/a29Mkjwgai