“They stopped me again and again, asking to pose for pictures or just throwing a few Hebrew words at me to show that we’re family. And then all the Israeli flags – you can’t miss them during the race. It was just a heart-warming experience that I will never forget.”

Those words come from Nadav Raisberg, our young Israeli rider, who summed up his encounter with the members of the Jewish community who came to the middle of Baltimore to welcome Israel – Premier Tech to the Maryland Classic and who witnessed an unforgettable victory as the icing on the cake.

You can bet that the excitement felt by the Israeli and his teammates was evenly (and some extra) matched by members of the community, some of whom arrived from as far away as Washington, DC. Our long-time super-fan, Jason Perlman, was almost in tears. He described his day, saying, “I left the house at 9:00 am, drove all the way to Baltimore, and experienced an incredible, awesome day – from the meeting the team before the start to watching them coming through the KOM, and then Sep taking the victory in the sprint! I can tell you, we gained a lot of new North American fans by the end of the day!” 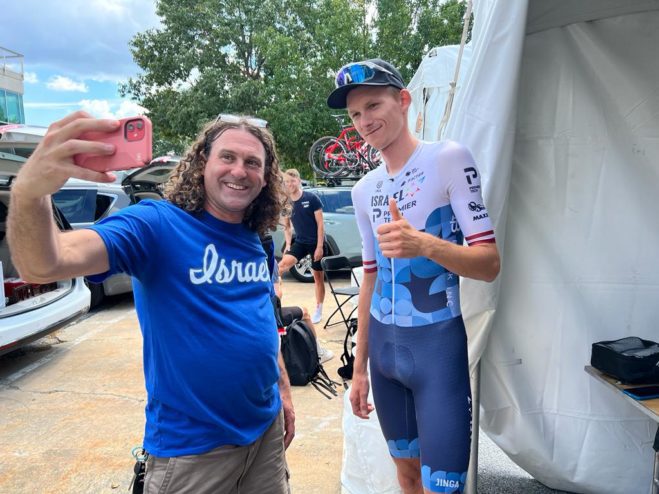 Nobody felt more satisfaction or pride than Eric Rubin from the Baltimore Zionist District, who led the support behind the team. Eric, who was drawn to the team after learning about our Field of Dreams fundraising campaign to build a bike center in Rwanda, says that “the team vision of its role beyond racing is what attracted me, and now to see them win here at home!”

Eric went on, saying “When I left the house, I made sure we had a big Israeli flag and the banner I made welcoming the team to Baltimore. As the team entered Baltimore City, we had two team members in the top seven and our group of supporters was cheering hard every time they passed us. One of the riders even saw me holding the Israeli flag, pointed at me and gave me a thumbs up. That made me really proud.

“And as our Sep Vanmarcke crossed the finish line first, we all started screaming and hugging and high-fiving each other. The messages started pouring in – We won! We did it! I can’t freaking believe it! Mazal Tov! 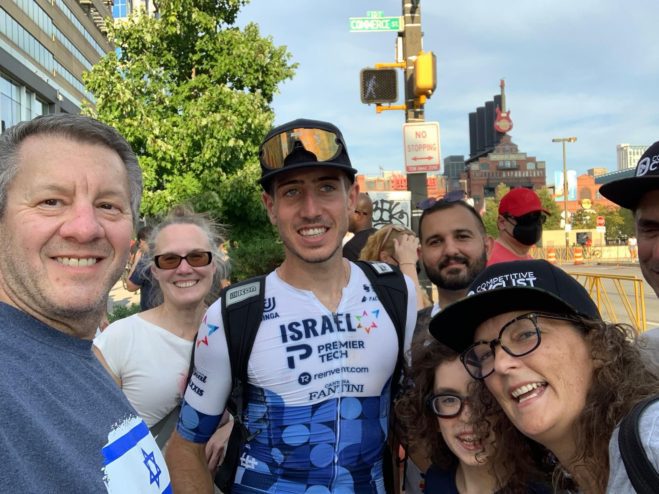 “We got to join the podium as Sep received his medal. Israel is a tiny country with a big heart but it’s tough to win on the highest level. I have never been at an international event before when Israel placed in the top 3, never mind the top spot. It was very emotional for me to be so close while Sep raised the trophy on behalf of the Israel – Premier Tech team. I did the first thing that came to my mind – I sang Hatikvah to myself.

“When I finally got to meet Sep after the ceremony, I congratulated him and thanked him. I let him know how much his victory meant to so many of us. I can’t wait to see the team next year as they defend their title. Am Yisrael Chai.”

Don’t forget to support Eric and the team in the quest to raise the funds needed to build the Field of Dreams in Rwanda.

Eric: “This is such a great cause and I do hope that the whole community will get behind it.” 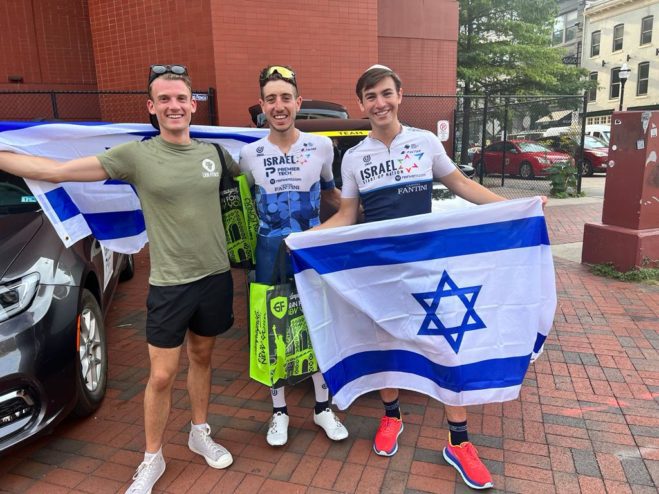