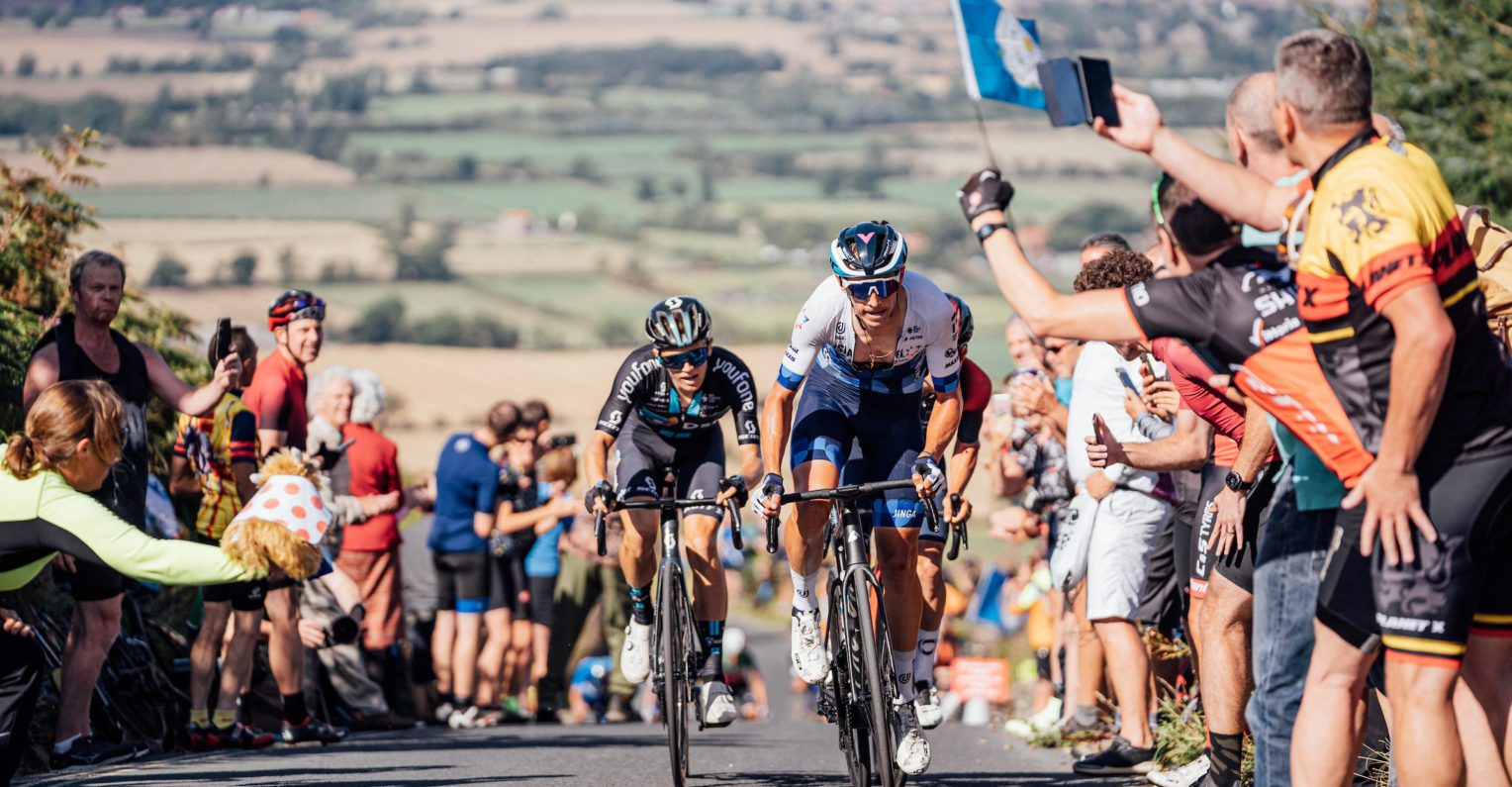 Aggressive Teuns podiums in Great Britain: ‘We will keep fighting’

The fourth stage of the Tour of Britain was one full of action. Every team seemed to want a rider in the breakaway, and apart from the occasional dull moment, the race never calmed down.

On the penultimate climb of the day, Dylan Teuns attacked with two others. They could not maintain the gap of around a minute and got caught right before the last climb. That’s when he went again.


This time, three riders joined him in the break. The cooperation in the front group was better, and slowly but steadily it became obvious that these four would battle it out for the stage win – and the lead in the general classification. In the uphill sprint, Teuns finished third.

“I was just not strong enough to win today”, Teuns said after the finish. “But we again showed that we are in the mix. The race is not over yet. We keep fighting.”


Corbin Strong and Michael Woods finished 13 seconds behind, in the second group. Strong maintained his lead in the points classification, meaning he will be wearing blue, although not that of IPT, in tomorrow’s stage.

Teuns is now ranked fifth in the GC, followed by Strong who’s sitting in sixth.