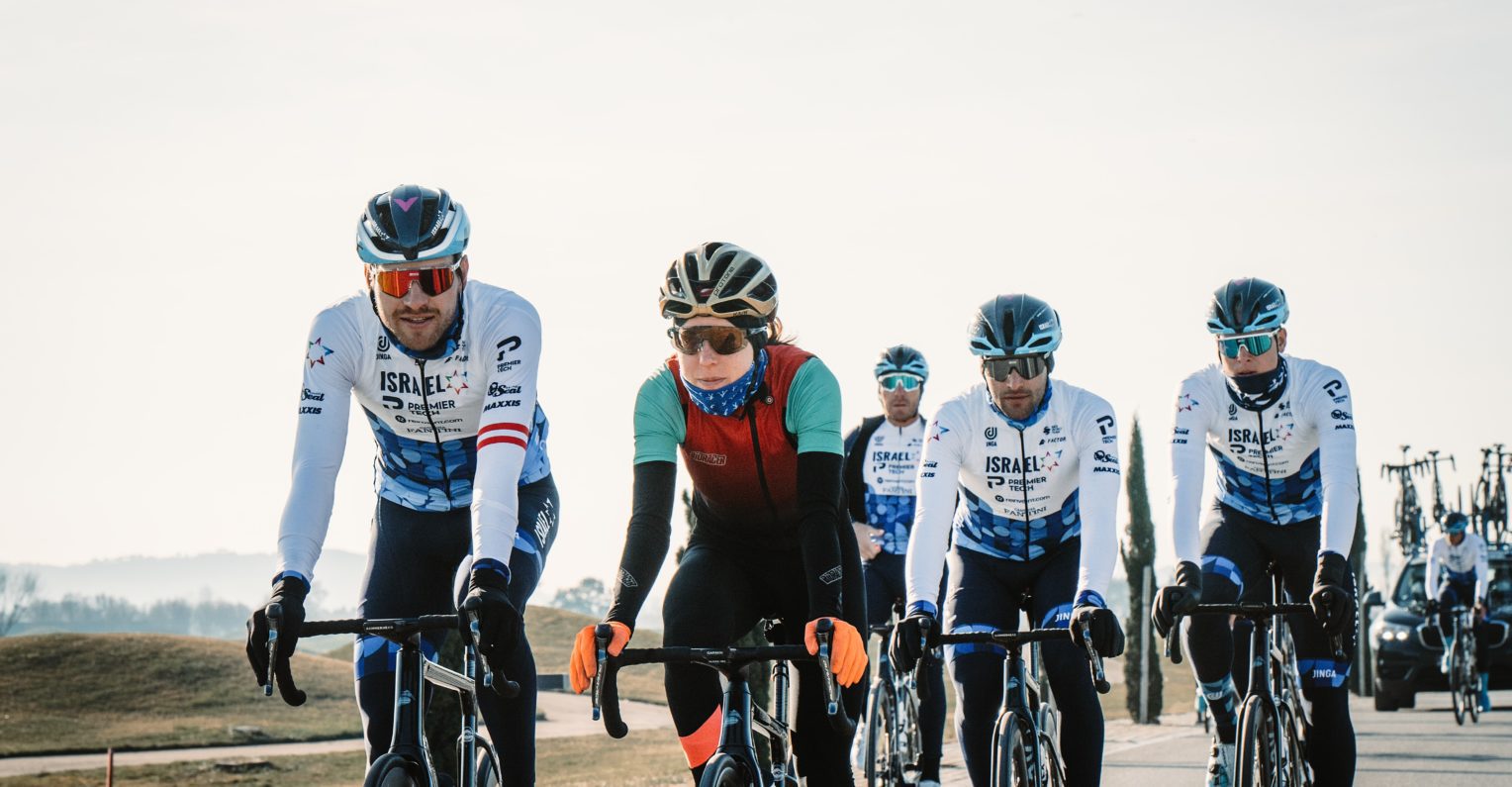 A touch of gold: Anna Kiesenhofer and the IPT training camp

The pre-season training camp is one of the few chances in the year where almost all riders and staff can get together. A round of introductions at the dinner table normally kicks things off before everyone gets stuck into the daily grind of camp. This year, one person received a standing ovation with the entire team cheering and clapping as she introduced herself.

“Hi, my name is Anna Kiesenhofer. I am a rider, but not on this team obviously. I am also the Olympic champion.”

Looking around in the room, there was nothing but admiration for the Austrian rider who launched an impressive attack from the breakaway in Tokyo and held on to claim Olympic gold. It was arguably one of the biggest upsets in cycling in the last few years.

Fast forward almost six months after standing on the podium in Tokyo, and Anna has ended up at the Israel – Premier Tech camp. The cycling world is a small one so when the team heard Anna was interested in escaping the freezing temperatures in Switzerland, where she is based, she was invited to join the ten-day camp.

“The last time I did a big training camp was back in 2017 so it has been a while since I have done anything like this. It was really an absolutely fascinating experience for me,” said Anna. “Not just the training but also to sit down with the team’s staff. I have always read a lot about nutrition and sports science but to be able to ask the team’s experts my questions and see how the best in the world put things into practice was really enriching for me.”

“It was great to get to know the riders who you normally just see on television and to talk to them and realize that they are really down to earth, normal people. They are also super strong. Riding with them was a really unique experience. It’s so impressive when they are out on the road, they are so powerful. The guys are so used to their world of professional cycling, with more than 50 races a year, and I am just a different kind of rider. So it was really cool to spend the last ten days at the camp and I’m really thankful for the opportunity.”

There were very few familiar faces in Israel – Premier Tech’s group of 70 riders and staff but Anna had a fellow Austrian for company in Mattias Brändle.

“Anna and I probably see each other twice a year at the UCI World Championships and the Austrian nationals. But this is the first time I have seen her since she won Olympic gold so it was nice to congratulate her in person. Every eight or so years Austria might get a gold medal at the Olympics and she brought one home. It was a huge victory for her and for Austria,” explained Mathias.

“Anna is really focused and you can see she knows a lot about cycling and everything that goes with it. She is probably more knowledegable than a lot of our guys put together. It was super nice to have her here at camp and I think she could learn a lot from us and how we are working as a team. Even just out on the road, riding in a big group, having more confidence in the downhills because we are all together. These things can make a big difference.”