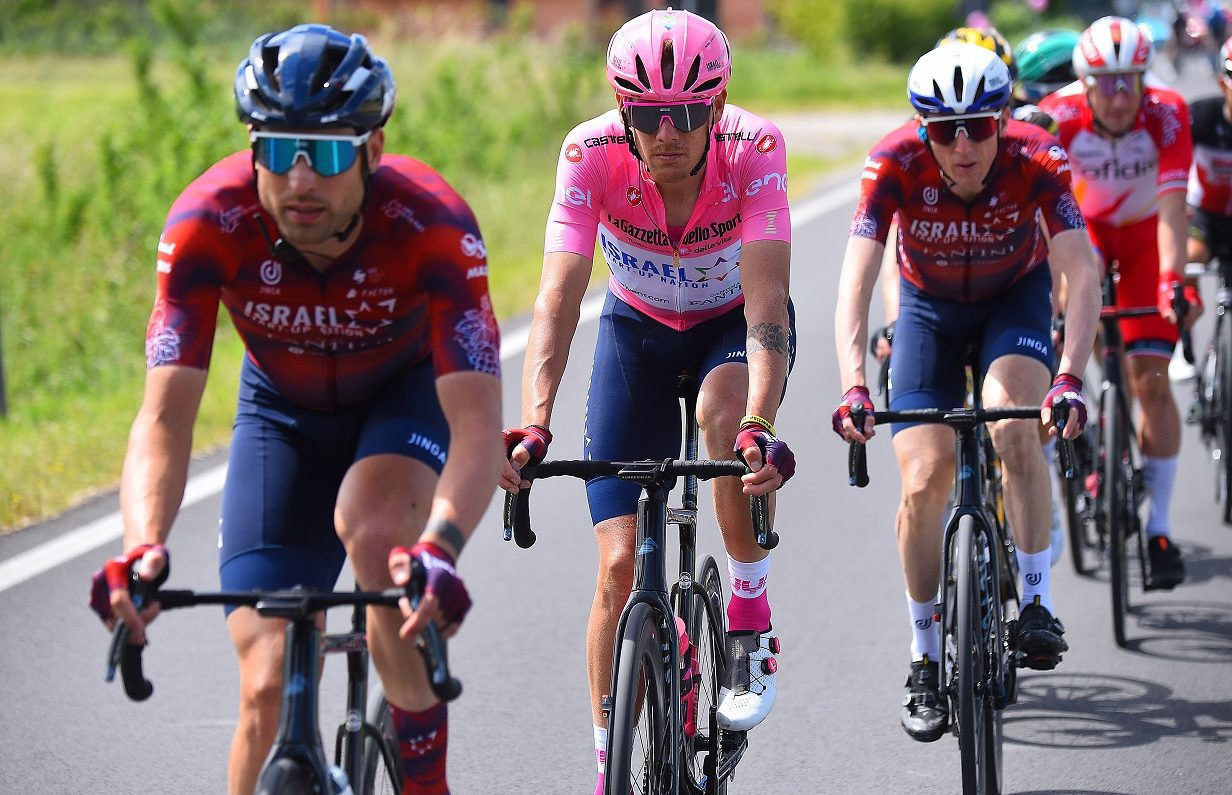 A successful first part of Giro d’Italia for ISN

Israel Start-Up Nation has had a great start to this year’s Giro d’Italia with multiple podium performances by several riders as well as taking the pink jersey with Alessandro De Marchi.

On this first rest-day of the Giro, the ISN riders can look back at a strong start to the race, finishing on the podium on half of the stages so far and making top-10 on nine out of the first 10 stages. A truly impressive performance by the team, which was highlighted as De Marchi took the pink leader’s jersey and rode in it for two days. This was also the first time in the history of the team that ISN held a leader’s jersey in a Grand Tour.

Alessandro De Marchi: “Riding in the pink jersey is something that I will remember forever. I have never arrived at a rest-day in a Grand Tour like this. I’m really happy and I feel at ease. The highlight of our race, so far, may have been taking the maglia rosa, but the whole team has been so good with also Cimo [Davide Cimolai] and Dan [Martin] being amongst the best riders in the race. We can all be very proud of these first 10 days. In fact, we are still progressing and improving, getting better and better every day of this race. Now, we look forward to continue like this in the next part of the race.”

The second part of the Giro d’Italia starts out with an extremely challenging stage from Perugia to Montalcino including several hills and four challenging gravel sections for the riders to overcome. Four mountain top finishes, two undulating stages and two sprint stages later await the peloton before the race ends with a 30 km flat time trial to Milano.

Sports director, Nicki Sørensen: “Despite losing an important rider in Krists Neilands already after the first stage, we have had a very successful first part of the Giro. It’s been a hard race already but the riders have really been fighting admirably and we have had multiple good results with different riders. Of course, the guys are tired now but they are all ready to take on this second, and even harder, part of the race. Everybody here seems to be in super shape at the moment.”