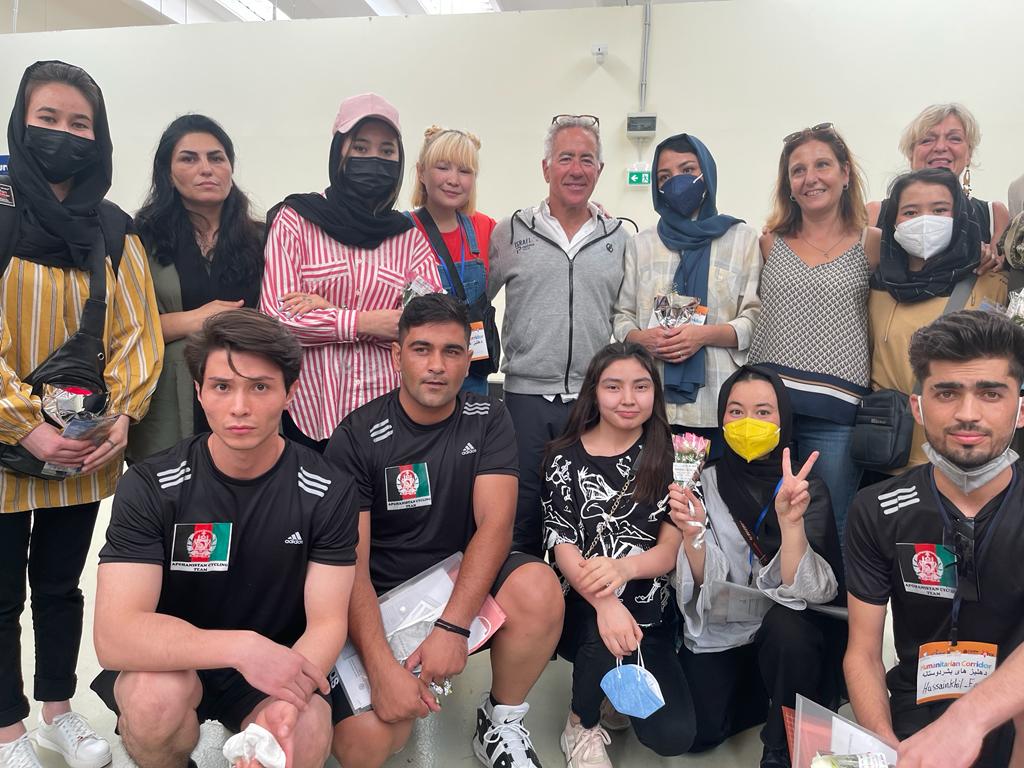 – A large group of Afghan female cyclists and athletes arrived in Italy after an arduous year-long journey
– Israel – Premier Tech owner Sylvan Adams, who played a significant role in their rescue, greeted them in Rome
– Adams vowed to “open the doors” of the two women’s cycling teams that IPT will partner with to talented Afghan cyclists

A group of 70 Afghan refugees, many of them female athletes and cyclists, who escaped after the Taliban regained control of the country, finally arrived in Rome today after a long journey that lasted many months. There they were greeted by Israel – Premier Tech owner Sylvan Adams, who played a significant role in their rescue.

This group is in addition to two other groups totaling 167 Afghans already rescued and resettled in France, Switzerland, and Canada, consisting of the Afghan women’s national cycling team, a female robotics team, families of diplomats, female judges, police officers, human rights workers, members of the Afghan parliament, and the last Jewish family in Afghanistan.

Among the latest group of refugees arriving with Italian visas today were female cyclists, athletes, and individuals involved in the development of women’s sports in Afghanistan. Fearing the worst under the Taliban regime, they escaped the country to avoid living in fear and to continue their careers. One spent months in a Kabul prison, accused of helping young women study and practice sport. Now, these athletes have the opportunity to begin their lives again. Adams vowed both his support and the support of the team to allow them to thrive in sport, particularly the cyclists.

Adams led the rescue operations from Afghanistan, which have been ongoing since September 2021, together with an international group comprised of diplomats, UCI President David Lappartient, and the Israeli NGO IsraAid. The group has worked together to help extract and resettle all of the Afghans rescued. 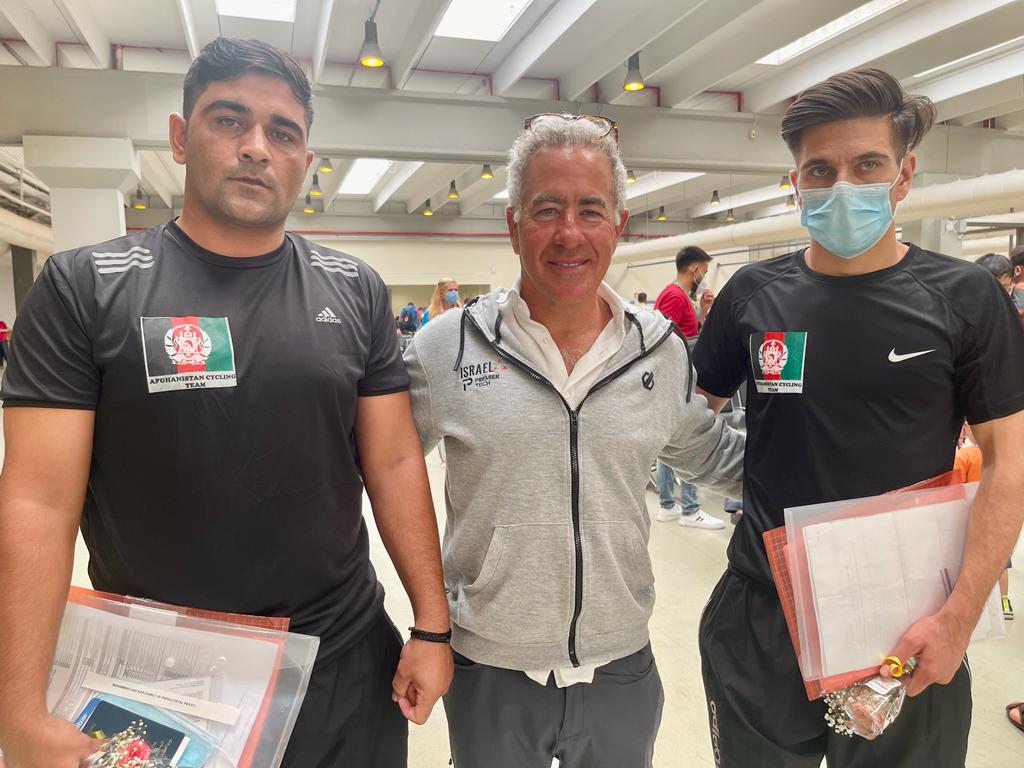 This latest group of refugees who arrived today in Rome had to endure the most demanding and longest journey of them all. They have spent the last nine months in Islamabad while their diplomatic and bureaucratic issues were resolved, and Italy could issue their permanent visas. In total, 300 visas were issued and most of the recipients will arrive in Rome over the coming days. The group of 70 will settle in the homes and communities of Italians in the Abruzzo region with the help of “Humanitarian Corridors,” an Italian aid foundation, and the Italian journalist Francesca Monzone.

“I want to personally thank Ms. Monzone, who was the first to contact me and the team with the desperate SOS call that turned our attention,” said Mr. Adams in a press conference at Fiumicino Airport attended by government officials and other dignitaries.

“As a Jew, I am guided by the ancient Jewish cultural imperative called ‘Tikkun Olam’, a Hebrew term translated roughly as ‘improving our world’. This is what guided us in Rwanda where we adopted the women’s cycling team and now plan to build a bike center, and we hope to see the Afghan athletes get a chance to thrive like their counterparts in Rwanda.”

Mr. Adams drew a comparison between Aline Uwera, a 16-year-old cyclist from the Rwandan women’s cycling team who recently finished 3rd in the African Championships, and Mahnaz (17), the youngest athlete in the Afghan refugee group. “It’s about giving them the chance to realize their dreams. In fact, we are planning to partner with two professional women’s cycling teams next year – a WorldTour team and a U23 Continental team. I would love to see some of these Afghan women cyclists, together with their Rwandan counterparts, as well as perhaps Ukrainian, Israeli, and even Canadian riders reaching their dreams together to become professional cyclists. The door is open.”