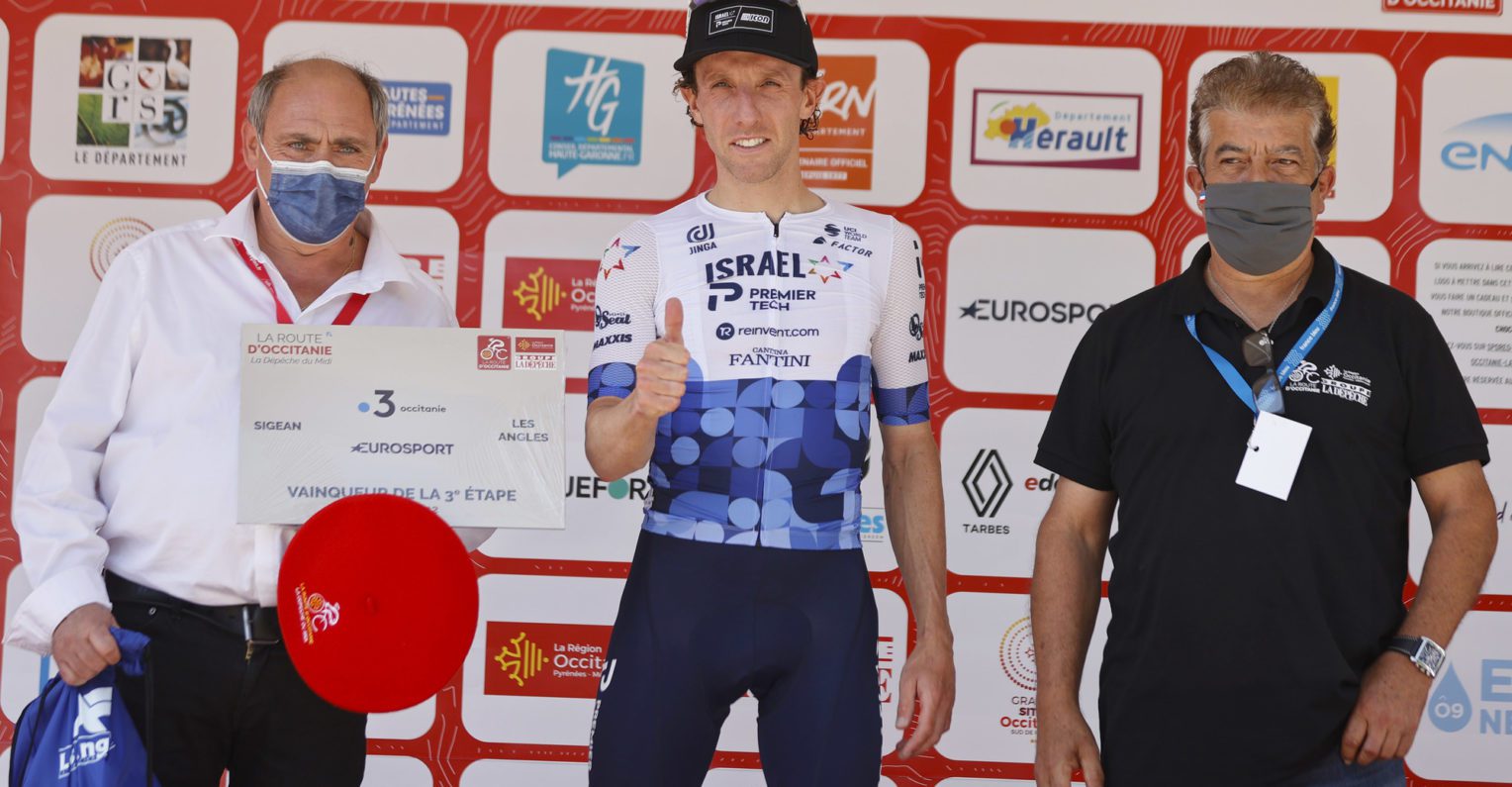 In the final of the stage, Woods followed an attack from Carlos Rodríquez and committed himself to keeping the gap with the Spanish cyclist from Ineos. On the steepest slopes of the final climb, Woods attacked and dropped his breakaway companion. He soloed to the stage victory and had all the time in the world to celebrate.

“It is great to see the team performing in different races at the moment”, Woods said after the finish. “In Switzerland, Jakob Fuglsang is doing great, and, personally, I am very happy to win here.”

Earlier this month, the Dane and the Canadian raced together in the Mercan’Tour. They finished first and second.

Tomorrow, La Route d’Occitanie will most likely end with a mass sprint finish. Woods: “We will do everything to keep the jersey and win this race. The team has a good chance.”